xxxxxThe Scotsman James Simpson was appointed professor of midwifery at Edinburgh University in 1840. He was among those doctors chosen to attend Queen Victoria, and he was the first physician in Britain to make use of ether. It was in 1847, following a series of experiments, that he discovered chloroform, and published his Account of a New Anaesthetic Agent, advocating its use in childbirth and general surgery. The idea was met with scepticism by some of his fellow obstetricians, and strongly opposed by many in the Church, but after Queen Victoria asked for chloroform during the birth of her seventh child, its use became widely accepted. Simpson also introduced new methods and instruments in midwifery, including the long forceps named after him and the use of wire sutures. In 1844 he opened a Dispensary for Women and Children in Edinburgh, and after his death the Simpson Maternity Hospital was established in the city in his memory. He was knighted in 1866, the first person to be so honoured for services to medicine. 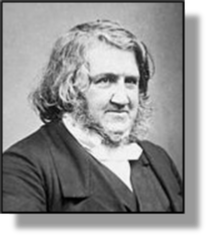 xxxxxJames Simpson was born at Bathgate, West Lothian, the youngest son of a baker. A gifted child, after attending the local school, he studied medicine at Edinburgh from the age of 14 and, having gained his M.D. in 1832, was appointed professor of midwifery there in 1840. Within a few years he had gained a wide reputation as a gynaecologist, and was among those physicians chosen to attend Queen Victoria during her stays in Scotland. It was early in 1847 that, having learnt about the properties of the chemical compound ether, he used it in his practice, becoming the first to make use of it in Britain. Itxwas only in October of the previous year that the value of ether as a general anaesthetic had been successfully demonstrated at Massachusetts General Hospital, Boston, by the American dental surgeon William Thomas Morton (1819-1868), but its use was q 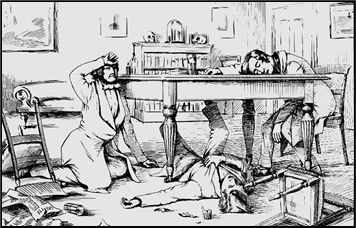 uickly taken up by surgeries and hospitals in Europe.

xxxxxLater in 1847, however, following a series of experiments upon himself and his two assistants, Simpson discovered chloroform, and found it preferable to ether. The illustration here shows Simpson and his assistants trying out various “vapours”. Dinner guest were also invited to take part in the experiments, but some, like the Danish writer Hans Christian Andersen, were not happy with the idea!

xxxxxIn November Simpson published his controversial Account of a New Anaesthetic Agent, a work in which he explained the use of this clear, colourless liquid to ease the pain of childbirth and to assist in general surgery. It was met with scepticism by some of his fellow obstetricians, and was strongly opposed by many members of the Church - who saw childbirth as a natural function not to be interfered with - but he persisted in its use, and was vindicated in 1853 when Queen Victoria asked for chloroform during the birth of her seventh child, Prince Leopold. Within a short time the technique was widely accepted.

xxxxxApart from his pioneer work in anaesthetics, Simpson introduced new methods and new instruments in the branch of midwifery. He designed the long forceps which are named after him, and devised a means of stopping haemorrhage by the use of wire sutures and a procedure known as acupressure. In 1844 he opened a Dispensary for Women and Children in Edinburgh, and this cared for over 7,500 patients. During his career he was appointed physician to the Queen, made President of the Royal College of Physicians in 1850, and knighted in 1866, the first person to be so honoured for services to medicine. 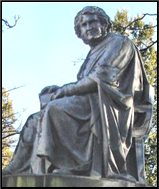 xxxxxA likeable man with an abundance of energy, he gained a world-wide reputation in his chosen field. When he died in 1870 it is said that some 1,700 medical colleagues and public dignitaries joined the funeral procession, and thousands of people lined the route to the Warriston Cemetery in Edinburgh. Later a statue of him was erected in Prince Street Gardens (illustrated), and a bust placed in Westminster Abbey, but his most valuable monument was the establishment of the Simpson Maternity Hospital, now part of Edinburgh Royal Infirmary.

xxxxxIncidentally, when chloroform was first introduced, its misuse by a doctor led to the death of a 15-year old girl. Then in 1900 it was discovered that excessive use of the chemical could cause irreversible liver damage. It was then replaced by less harmful substances. ……

xxxxx…… Thexquestion as to who first discovered ether caused a great deal of controversy at the time. Of those who claimed priority, the American surgeon Crawford William Long (1815-1878), practising in Jefferson, Georgia, has probably the best case. He argued that he first used ether as an anaesthetic in an operation in 1842, and then used it successfully several times over the next four years. However, since he did not publish his findings until 1849, his claim was strongly contested. 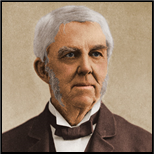 xxxxxThex1840s saw a number of other important advances in medicine. In 1843, for example, the American physician Oliver Wendell Holmes (1809-1894) (illustrated) - who was also quite a well-known writer and poet - published his essay The Contagiousness of Puerperal Fever. Commonlyxknown as “childbed fever” because it affected women after childbirth or abortion, his findings were later confirmed in 1847 by the Hungarian physicist Ignaz Semmelweis (1818-1865), who was working at the obstetric clinic in Vienna at that time. They both discovered that the disease was often conveyed to the patient by the physician himself, especially if he had come straight from the dissecting room. Cleansing methods were introduced, including the disinfecting of the hands and clothing of the medical staff, and these resulted in a marked reduction in the cases of puerperal fever, and in the many deaths that resulted from this fever. 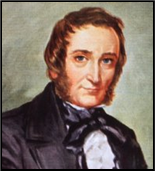 xxxxxAndxin the same year, 1843, the Irish physician Robert James Graves (1796-1853) (illustrated left), a firm believer in the importance of clinical examination, published his influential textbook Clinical Lectures on the Practice of Medicine. He practised in Dublin from 1821, and is particularly remembered today for his research into the condition arising from an overactive, enlarged thyroid gland - named an exophthalmic goitre. Hexgave a full description of this condition in 1835, and it became known as Graves’ Disease. Five years later the German physician Karl Adolphe von Basedow (1799-1854) (illustrated right), working independently, completed a similar study and, for this reason, the condition is often known as Basedow’s Disease on the continent. 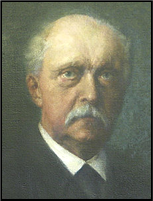 xxxxxNotable in the 1850s was the work of the German physician and physicist Hermann Ludwig Ferdinand von Helmholtz (1821-1894), and the English physician Thomas Addison. Helmholtz (illustrated) made advances in the study of the ear and eye. He was the first to explain the part played by the cochlea of the inner ear, and in 1851 he invented the opthalmoscope, an instrument for examining the interior of the eye, and the opthalmometer, used to measure the eye’s curvature. He also improved upon the three-colour theory of vision, first proposed by the English physicist Thomas Young in 1801. He taught at the universities of Bonn and Heidelberg, and was first director of the Physico-Technical Institute of Berlin from 1887. His major work, Handbook of Physiolgical Optics, was published in 1867. Also an outstanding scientist, one of his pupils and one-time assistant was the outstanding German physicist Heinrich Rudolf Hertz. 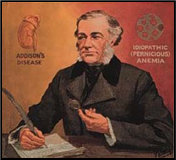 xxxxxThomas Addison (1793-1860) spent much of his working life at Guy’s Hospital London. He was the first to study and recognise the debilitating condition now known as “Addison’s disease” (described fully in 1855), and he also discovered pernicious anaemia, sometimes called “Addison’s anaemia”. In addition, he carried out research into tuberculosis, pneumonia and certain skin diseases. For twelve years he and his fellow physician Richard Bright won international fame for their series of lectures, and in 1839 they produced the first volume of Elements of the Practice of Medicine, a work which contained the first detailed study of appendicitis.

xxxxxIncidentally, as we shall see, Hermann von Helmholtz played an important part in the development of thermodynamics. His paper On the Conservation of Force, published in 1847, provided one of the first and clearest statements of the law of the conservation of energy.