xxxxxThe Italian Renaissance architect Andrea Palladio became noted for the harmony and balance of his designs, based upon the simplicity and symmetry of classical Roman architecture. Good examples of his work are the Villa Rotunda in Vicenza, and the church of San Giorgio Maggiore in Venice. His first treatise, the standard guidebook entitled The Antiquities of Classical Rome, was published in 1554, and this was followed in 1570 by his masterpiece The Four Books of Architecture, a work of immense influence. By it, "Palladian" design became widely used throughout Europe, North America and the West Indies. It was introduced into Britain by the English architect Inigo Jones. Palladio's buildings, modified to meet contemporary needs, proved extremely functional, and their clear cut lines and lofty facades created a feeling of dignity, opulence and permanence, as can be seen in the White House in Washington. 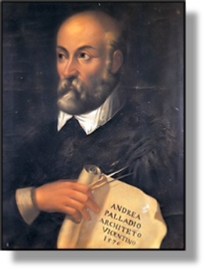 xxxxxAndrea Palladio was the Italian Renaissance architect who first caught the public eye by the distinctive appearance of his palaces, country houses and public buildings, all based upon the symmetry and simplicity of classical Roman design. The Villa Rotonda, and the Thiene and Valmarana palaces, built in the early part of this period, are just three of the many examples to be found in and around the city of Vicenza, and he also designed a number of churches in Venice (such as the San Giorgio Maggiore and the Redentore), employing the same principles of harmony and balance. Once committed to paper in graphic detail, this classical revival was destined to take off in a big way. 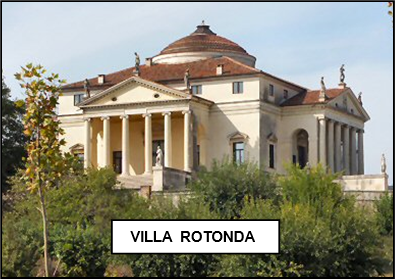 xxxxxHe was probably born at Padua, and trained in nearby Vicenza as a stonemason. Herexhe was taken under the wing of the poet and humanist Count Gian Giorgio Trissino (1478-1550), who encouraged him in his study of ancient architecture, and accompanied him on lengthy visits to Rome. Based on his detailed inspection of ancient buildings within the city, he published his first treatise in 1554, a guidebook entitled The Antiquities of Classical Rome, and this became the standard work on the subject for the next two hundred years. From these findings he introduced a style which "updated", one might say, the classical features of Roman architecture. His buildings were clean in line and devoid of too much ornamentation, but, by their simple facades, lofty colonnades, pedimented porticos and, above all, their pleasing symmetry, they created a feeling of dignity, opulence and permanence. 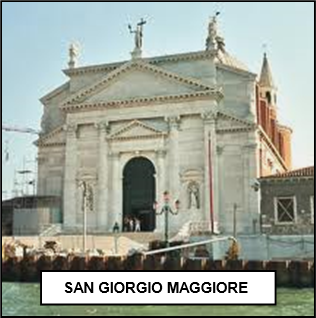 xxxxxThere followed in 1570 his masterpiece, The Four Books of Architecture, the most influential work on this subject ever printed. Prepared over some twenty years, and providing plans, elevations and even decorative schemes for his Palladian style - as it came to be known - it was to influence the shape of architecture down the ages. The English architect Inigo Jones introduced his ideas into Britain in the early part of the seventeenth century, and they later found favour throughout Europe, and in places as far afield as the West Indies, Canada and the United States - where George Washington's home at Mount Vernon is a fine example of Palladian design, not to mention the White House in Washington itself.

xxxxxRoman architecture had influenced earlier architects, of course, such as Bramante and Michelangelo, but Palladio adopted the classical style as a whole, and then modif 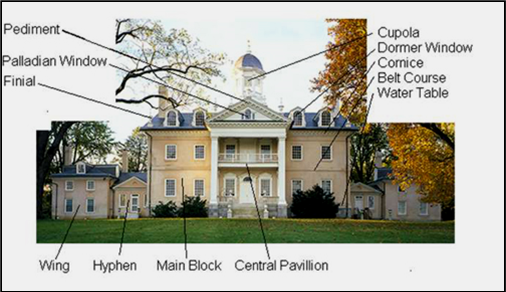 ied or amended it in his own distinctive way in order to meet contemporary needs. Furthermore, all his buildings were designed to be functional, a fact clearly to be seen in the layout of rooms within the overall plan, and the measures he took to ensure that sufficient light entered the interior. Indeed, so admired were his villas and palaces that they were imitated all over the western world and, at times, beyond. It is fitting, one might feel, that he should be the only architect whose name came to be used to define a particular architectural style.

xxxxxIncidentally, Palladio was actually born Andrea di Pietro della Gondola. His patron, Trissino, gave him the name Palladio, partly as an allusion to the mythological figure Pallas Athena (the Greek goddess of wisdom) and partly with reference to a character in one of his poems. He clearly felt the young man showed promise, and such proved to be the case.