xxxxxWilliam Gilbert was the first English scientist to accept Copernicus’ idea that the earth rotates on its own axis and also revolves around the sun. He deduced that stars were at varying distances from the earth and could themselves be orbited by planets capable of sustaining life. Although trained as a doctor, and appointed physician to the queen in 1600, his treatise Concerning Magnetism, Magnetic Bodies and the Great Magnet Earth, based on observation and experiments, was a major contribution to current scientific knowledge. In it he came close to explaining the modern concept of gravity. His advances in the study of electricity earned him the title “Father of electrical study”. As we shall see (1654 CW), the German physicist Otto von Guericke took his electrical studies further. As for the Copernican theory, the Italian scientist Galileo, already at work at this time, was soon to add his weight to that idea (1610 J1). 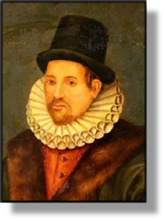 xxxxxWilliam Gilbert was the first English scientist to accept the idea put forward by Copernicus that the earth rotates on its own axis and, at the same time, revolves around the sun. He also recognised that stars were at varying distances from the earth and might themselves be orbited by planets capable of sustaining life. He was born in Colchester, Essex (he is sometimes known as "William of Colchester") and attended St. John's College, Cambridge. He began his career, in fact, in medicine, and after establishing a thriving medical practice in London, was appointed physician to the queen in 1600. 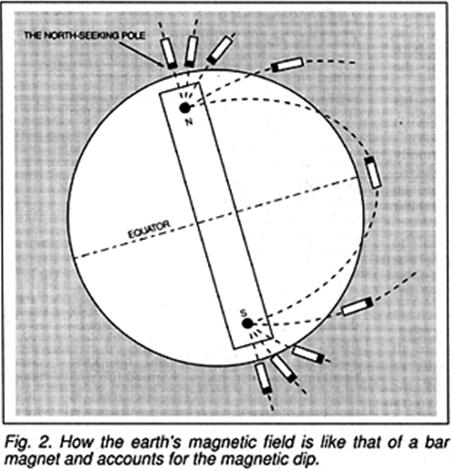 xxxxxBut it was in the field of magnetism and static electricity that he made his greatest contribution to the knowledge of the day. His treatise Concerning Magnetism, Magnetic Bodies and the Great Magnet Earth, published in 1600, was the first English scientific book to be printed that based its findings totally on observation and experiments. His theory that the planets themselves were held in their orbits by magnetic force proved to be false, but he did determine that the earth itself acted like a vast magnet, forming its own magnetic field and with its magnetic poles near the geographic North and South Poles. Indeed, his suggestion that the earth exerted some measure of magnetic force throughout the solar system came close to the

modern concept of gravity. He also discovered the laws of attraction and repulsion, and in studying static electricity worked out the difference between magnetic and electric action. Such pioneer work earned him the title of "the father of electrical study" and made him the leading scientist in Elizabethan England. As we shall see (1654 CW), the German physicist Otto von Guericke took his findings a step forward with the making of a crude machine capable of producing an electrical charge.

xxxxxIncidentally, Gilbert was the first scientist to use the term "electric", which is derived from the Greek word elektron meaning "amber". He used it to describe the force generated when - as the Greeks had found centuries earlier - amber is rubbed with a piece of fur or woollen cloth. Today, that particular force would be described as a negative electrical charge. ……

xxxxx…… Thexfirst person to use the word "pole" in respect of a magnet was a French crusader named Petrus Peregrinus. In his Letter on the Magnet of 1269 he noted that when a magnet was cut into pieces, each piece still had two poles, and that unlike poles attract each other.

xxxxxMeanwhile, as we shall see in 1610 (J1), Galileo, the brilliant Italian physicist, astronomer and mathematician, was already at work at this time. In 1581 he discovered the principle of the pendulum, and in his On the Mechanical Sciences, published in 1592, he tackled the problems associated with raising weights. Four years later he invented the thermometer and began to investigate the laws of gravitation. But his development of the telescope, the major advances he made in astronomy and mechanics, and the controversy which surrounded his support of the Copernican theory were yet to come.