xxxxxOrpheus in the Underworld of 1858 was one of more than eighty light musical comedies produced by the German-born French composer Jacques Offenbach. Like a number of others - such as La Belle Hélène, La Vie Parisienne and La Grande Duchesse de Gerolstein - it had a strong satirical content, poking fun at the establishment in general and the court of Napoleon III in particular. Full of catchy melodies and lively rhythms, these gay and witty “opéras bouffes” delighted audiences in Paris and other capitals across the world. Because of his German origin, however, he fell out of favour at the onset of the Franco-Prussian War in 1870, and he had to leave France for a while. When he returned his gay, carefree productions had lost their appeal. He was forced into bankruptcy, and a concert tour in the United States did not recoup his losses. When he returned to Paris in 1877 he worked on his only grand opera, The Tales of Hoffmann, but died just before its completion. Based on the weird supernatural stories by the German writer Ernst Hoffmann, it was completed by a friend, Ernest Guiraud, and produced in 1881. It proved a great success. Today Offenbach is regarded as the father of the French operetta, and the precursor of the modern musical comedy. Amongst those he influenced were the English partnership Gilbert and Sullivan - noted for its series of highly satirical musical comedies - and the Austrian composer Franz Lehar, known especially for his operetta The Merry Widow of 1905. 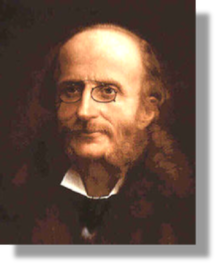 xxxxxThe German-born French composer Jacques Offenbach produced his first operetta in 1855, and over the next twenty-five years composed the music for close on ninety light-hearted musical comedies. These burlesques included Orpheus in the Underworld of 1858, La Belle Hélène of 1864, La Vie Parisienne of 1866, and La Grande Duchesse de Gerolstein of 1867. They soon became popular in theatres all over the world. His only grand opera, The Tales of Hoffmann, was also well received, but was not performed until 1881, the year after his death.

xxxxxOffenbach excelled in the composing of witty, scintillating “musicals”, in which he delighted his audiences with a multitude of catchy tunes and lively dance rhythms. These “opéras bouffes” were frivolous, carefree romps, but some also had sharp satirical intent, and were used to poke fun at one or more aspects of Parisian life during the Second Empire, - including the manners and morals of the court of Napoleon III. Artfully avoiding censorship, Orpheus in the Underworld and La Belle Hélène, for example, employed farcical renderings of Greek mythology as the means of ridiculing the upper and ruling classes; La Vie Parisienne provided an illuminating glimpse into the worldly pleasures of the city’s glittering night life; and La Grande Duchess de Gerolstein was a faintly disguised dig at the pig-headed attitude of the military establishment. Performed at the Paris Exposition of 1867, this last operetta was attended by a number of European royalty, including Alexander II of Russia, Franz Joseph of Austria, and Napoleon III himself. 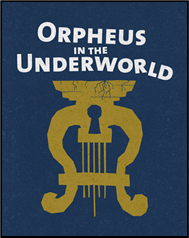 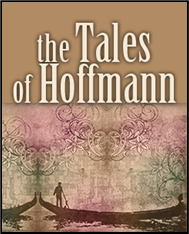 xxxxxAmong Offenbach’s many other operettas were Ba Ta Clan of 1855, Blue-beard (1866), and La Périchole of 1874. He also produced musical parodies woven around Robinson Crusoe and Whittington and his Cat, and his Le Docteur Ox and Le voyage dans la lune were based on works by Jules Verne. The most successful of these gay musical comedies were by the French librettists Henri Meilhac and Ludovic Halévy. His one grand opera, the five-act fantasy Tales of Hoffmann, composed over a number of years and based on the weird, supernatural stories of the German romantic writer Ernst Hoffman, was not quite finished at his death. Recounting the strange adventures of the poet Hoffmann, it was completed by his friend Ernest Guiraud (1837-1892), and proved an immediate success when staged in Paris in 1881. Today it is admired the world over. Among its captivating melodies is the famous “Barcarolle”, (introduced in fact by Guiraud), the Venetian boat song noted for its gentle tones and steady flowing rhythm.

xxxxxOffenbach was born in Cologne, the son of a bookbinder and music teacher, and from an early age showed a marked ability at playing the cello. He was sent to Paris as a youngster to study at the Conservatory, but was obliged to leave the course in 1834 because of lack of funds. He eventually obtained a place in the orchestra of the Opéra Comique, and it was there that he gained fame as a cello virtuoso. He was soon playing with the likes of Liszt and Mendelssohn, and performing at concerts. At one time in his career he visited London to play before Queen Victoria and Prince Albert.

xxxxxIn 1850 he became conductor at the Théâtre Française and five years later was managing his own musical theatre, the Bouffes Parisiens. He ran this little theatre until 1861, and it was here that, turning his skills to the composing of light burlesques, he produced some of his finest works. He then continued work as a composer at Ems in Germany and Vienna in Austria, but with the coming of the Franco-Prussian War in 1870 he ran into trouble. Though he had taken out French citizenship in 1860, he was accused of being an immigrant agent and was forced to leave the country. He settled for a time in Spain, and then travelled in Italy and Austria. On his return to Paris his carefree musical  style - not surprisingly - had gone out of favour. Indeed, it was even felt by some that his sly criticism of royalty and the army - cleverly woven into his works of popular entertainment - had contributed to the defeat of France.

xxxxxHe took over the management of the Théâtre de la Gaîté, but was declared bankrupt in 1875. He then took himself off to the United States in the hope of recouping some of his losses, but the tour was not the success he had hoped for. In 1877 he returned to Paris set on producing his final work, his one and only grand opera. It proved a race against death and he lost. He died in October 1880 and was buried in Montmartre cemetery. The Tales of Hoffmann was first performed in February the following year, his 102nd work for the stage. 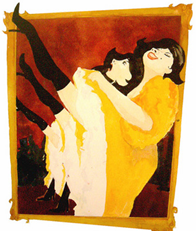 xxxxxOffenbach created a new style of music and one in which he reigned supreme. His infectious, exhilarating melodies showed a great deal of invention, and he is rightly regarded as the father of the French operetta, and a precursor of the modern musical comedy. His subject matter, it must be said, came in for a deal harsh criticism from certain quarters. Some critics, for example, saw his works as indecent and vulgar, and nothing short of “sexual instinct expressed in melody”, a product of the “fleshy school of music”. The German composer Richard Wagner (who had been the butt of Offenbach’s satirical comment) described Orpheus in the Underworld as “a dung heap on which all the swine of Europe wallowed”, whilst the Irish dramatist George Bernard Shaw considered his music as “a snap of the fingers in the face of moral responsibility”. Doubtless contributing to these comments was the “cancan”, the high-kicking stage dance which featured in Orpheus in the Underworld and revealed a shocking and unacceptable display of stocking and petticoat.

xxxxxBut despite such depravity - probably because of it - Offenbach’s “naughty” operettas proved extremely popular in theatres across the globe. Nor were they without influence. In England, for example, the partnership of Gilbert and Sullivan (librettist and composer) produced fourteen highly satirical comic operas between 1871 and 1896. These owed much to Offenbach’s burlesques, as did the work of the Austrian composer Franz Lehar, known especially for his operetta The Merry Widow of 1905.

xxxxxIncidentally, Offenbach’s father, Isaac Juda Eberst, was born in Offenbach-am-Main. He moved to Cologne around 1816 where he became known as “Der Offenbacher”, the man from Offenbach. He adopted this name, and his son Jacob (later Jacques) was given this family name when he was born in 1819.