xxxxxAs we have seen, it was in 1866 (Vb) that the Swedish chemist and engineer Alfred Bernhard Nobel discovered dynamite. This and other discoveries made him one of the first international giants of industry, and by the end of his career he had amassed a huge fortune from the manufacture of explosives. In 1895, a year before his death, he bequeathed the bulk of this fortune to the setting up of the Nobel Prizes, five awards given annually to people who had made a major contribution in chemistry, physics, medicine, literature and to the enhancement of world peace. They were first awarded in 1901, the fifth anniversary of his death, and a sixth prize in economics was added in 1969. 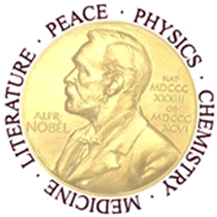 xxxxxAs we have seen, the Swedish chemist and engineer Alfred Bernhard Nobel discovered dynamite in 1866 (Vb) and gelignite ten years later. One of the first international giants of industry, by the end of his career he had amassed a huge fortune from the manufacture of explosives, and from large holdings in the Baku oilfields in Azerbaiyan, southern Russia.

xxxxxIt is not entirely clear why, in 1885, a year before his death, he left the bulk of his fortune in trust for the annual award of five prizes, to be given to those people who had “conferred the greatest benefit on mankind”. He was fully aware, of course, of the deadly weapons he had put into the hands of military establishments across the world, but he had at one time advanced the idea that the immense destructive power he had created would act as a deterrent. “My dynamite,” he once wrote, “will sooner lead to peace than a thousand world conventions. As soon as men will find that in one instant whole armies can be utterly destroyed, they surely will abide by golden peace”. 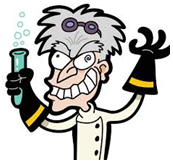 xxxxxGiven time, he may well have come to question this optimistic point of view, because he did go on to support a number of peace organisations working in Europe. But perhaps an important contributory factor was an obituary which appeared in a leading French newspaper in 1888. Having being informed in error that Nobel had died of a heart attack (it was, in fact, the death of his brother) the newspaper dubbed him “The merchant of death” who “became rich by finding ways to kill more people faster than ever before”. Not wishing to be left with this legacy, this brutal attack might well have brought about or, at least, confirmed his decision to use his fortune for the betterment of mankind.

xxxxxIt was in November 1895, at the Swedish-Norwegian Club in Paris, that Nobel signed his last will and testament and established the Nobel Prizes. He died a year later. Awarded annually without distinction of nationality, they were to be given for achievement in chemistry, physics, medicine, literature and world peace. The first prizes were made in 1901, on the fifth anniversary of Nobel’s death, and they have come to be regarded as among the most prestigious awards in the world. The first four are awarded by learned bodies based in Sweden, and the fifth by a committee of five selected by the Norwegian parliament. A prize for economics, financed by the Swedish National Bank, was added in 1969. Each prize consists of a gold medal, a diploma, and a large cash payment, and it can be shared among a number of individuals. The peace prize can be given to an organisation as well as an individual or a number of individuals. In 1988, for example, it was awarded to the peace-keeping forces of the United Nations. 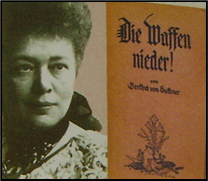 xxxxxIncidentally, Nobel, a reserved man by nature, never married, but he had a close friendship with an Austrian countess named Bertha von Suttner, formerly Kinsky (1843-1914). She was a prominent member in the peace movement, and her book Lay Down Your Arms (Die Waffen Nieder), published in 1889, may well have influenced Nobel’s decision to create the peace prize. She herself was awarded this prize in 1905. ……

xxxxx……xxNobel was fluent in a number of languages and had a life-long interest in literature and philosophy. He was a friend and admirer of the French dramatist Victor Hugo. As a young man he wrote poetry in English, was interested in drama, and, when he died, the beginnings of a novel were found among his papers. ……

xxxxx……xxThe first peace prize was awarded to Jean Henri Dunant (1828-1910), the Swiss humanitarian who, following the Battle of Solferino in 1859 (Va), put forward the idea of the Red Cross, an organisation adopted by the First Geneva Convention in 1864.