xxxxxThe Scottish scientist and mathematician James Clerk Maxwell was educated at the universities of Edinburgh and Cambridge, and spent most of his working life in scientific research. It was while professor of natural philosophy and astronomy at King’s College, London, that, by a series of mathematical calculations - the Maxwell equations - he made advances in electromagnetism, putting forward the theory of electromagnetic waves in 1864. His Treatise on Electricity and Magnetism of 1873 mark him out as one of the greatest scientists of the 19th Century. And it was while at King’s College that he began research into the kinetic theory of gases, examining and measuring the properties of gases in terms of pressure, temperature and volume, and proving the source of heat. He also studied the composition of Saturn’s rings, and made advances in colour vision, producing the first colour photograph in 1861. His contribution to science led to the introduction of wireless telegraphy, first demonstrated by the German physicist Heinrich Hertz in 1887 (Vc), and, in the longer term, laid the foundations for future research into the theory of relativity and the quantum theory. 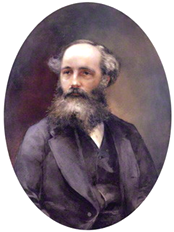 xxxxxThe Scottish scientist and mathematician James Clerk Maxwell made an outstanding contribution to physics during a relatively short career. It was while working at King’s College, London during the early 1860s, that he published a series of papers expounding the theory of electromagnetic radiation. Leaning heavily upon the advances made earlier by Michael Faraday and William Thomson (later Lord Kelvin) in their study of electricity and magnetism, he analysed by a simple series of calculations - known today as the Maxwell equations - the interrelationship between these forces. In so doing, he came up with the theory of electromagnetic waves in 1864, claiming that visible light was, in fact, an electromagnetic phenomenon. From this theory, as we shall see, the discovery of other wave disturbances was to follow, beginning with wireless telegraphy, first demonstrated by the German physicist Heinrich Hertz in 1887 (Vc). The Maxwell equations, four in number and published in their final form in his Treatise on Electricity and Magnetism of 1873, mark Maxwell out as one of the greatest scientists of the 19th Century. 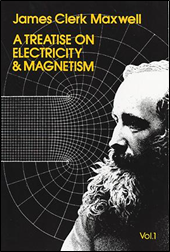 xxxxxAnd it was during this same period that Maxwell, having read a paper by the German mathematician and physicist Rudolf Clausius, turned his attention to the kinetic theory of gases. Employing once again a mathematical formula by way of explanation, he studied the distribution of velocity in gas molecules, proving that heat was, in fact, a product of the energy associated with the constant, random motion of the molecules. In 1865, Maxwell and his wife carried out a series of experiments to examine and measure the properties of gases in terms of pressure, temperature, and volume. His findings on heat conduction, however, proved incomplete, and in 1868 were modified by the Austrian physicist Ludwig Boltzmann (1844-1906), resulting it what came to be known as the Maxwell-Boltzmann distribution law. 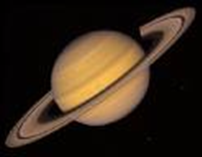 xxxxxIn earlier research, Maxwell also made advances in astronomy and colour vision. In the late 1850s for example, while working in Aberdeen, he first came to prominence after making a special study of Saturn’s rings, first observed by Galileo in 1610. At that time there was much speculation as to the nature of these rings. Many argued that they were rigid, but Maxwell held that if that were the case then, given time, they would have broken up. He put forward the idea that stability could only be achieved if they were composed of thousands of small particles all orbiting the planet independently. This theory was supported, in fact, by spectroscopic studies carried out at Lick Observatory, California in 1895, and confirmed by the first Voyager space mission to Saturn over one hundred years later. This probe and a subsequent one clearly showed that the rings were made up of billions of particles of ice and rock. 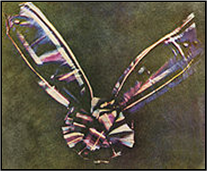 xxxxxAnd in 1861, after conducting research into colour vision, Maxwell produced the world’s first colour photograph during a lecture given at the Royal Institution. Having confirmed the fact that all colours could be produced from varying mixtures of red, green and blue, he proved this by projecting onto a screen the combined image of a tartan ribbon (illustrated), each taken earlier using the filters of these three colours. This three-colour process also proved the theory put forward by the English physicist Thomas Young in the early 1800s, that the retina of the human eye required only three “receptors”, one for each of these colours. Although the image Maxwell created was not strictly a colour photograph, this photographic image amply proved the concept. He produced a series of papers during his research into colour vision, including The Perception of Colour and Colour-Blindness, and his work in this field earned him the Rumford Medal of the Royal Society.

xxxxxMaxwell was born into a fairly well-off family in Edinburgh, where his father practised as a lawyer. He attended the city academy and university - showing a highly inquisitive, lively mind - and went up to Cambridge in 1850. On gaining a first class degree in mathematics, he lectured at Marischal College, Aberdeen, from 1856-60, and it was there that he made his special study as to the nature of Saturn’s rings. For the next five years he was professor of natural philosophy and astronomy at King’s College, London, and It was during that period that he started his pioneering studies into electromagnetism and the kinetic theory of gases. Throughout this research, as in earlier studies, he made mechanical models and experimental apparatus to explain and support his findings. In 1865 he retired to the family’s country estate at Glenlair, near Corsock, and apart from a short tour of Italy, spent most of his time writing up his famous treatise of 1873, and editing the electrical research which had been carried out by the English scientist Henry Cavendish towards the end of the 18th century. Inx1871 he was appointed professor of experimental physics at Cambridge, and in this capacity was responsible for the design and construction of the Cavendish Laboratory, financed by the Duke of Devonshire (William Cavendish), and opened in 1874. 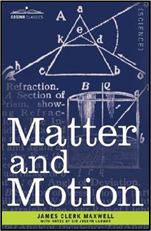 xxxxxHe was elected to the Royal Society in 1866 and, as noted earlier, was awarded the Society’s Rumford Medal for his contribution to the study of colour perception and colour blindness. Among his other works were Theory of Heat and Matter and Motion, both published in the 1870s. Maxwell was a modest, kindly man and, as a devout Christian, strongly opposed Darwin’s theory of evolution. He devoted almost his entire life to scientific research, but despite his outstanding contribution - paving the way for advances in fields such as relativity, the quantum theory and heat radiation - he received no public honours and, on his death, was buried in the small churchyard of Parton Parish Church, near Dumfries. The unit of magnetic flux, the Maxwell, was named in his honour. 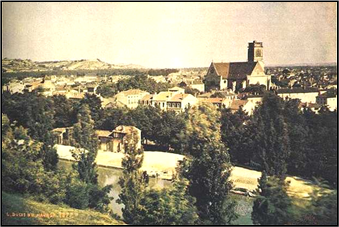 xxxxxIncidentally, in the early 1860s the French pioneer of colour photography Louis Ducos du Hauron (1837-1920) put forward ways of recording colour images. He patented some of his methods in 1868, and a year later published his Les Couleurs en Photographie. One of his earliest photographs was of the city of Agen in South-West France, taken in 1877 (illustrated). In 1891 the French physicist Gabriel Lippmann (1845-1921) made some advances in colour photography using sensitized film, and three years later the Irish physicist John Joly (1857-1933) devised an equally advanced method, known as the Joly colour process. However, these early experiments were expensive, time consuming, and varied in quality. It was to be many years before colour photography was to be commercially viable.