xxxxxThe Frenchman Guy de Maupassant, assisted and encouraged over many years by the famous novelist Gustave Flaubert, gained overnight fame in 1880 with his short story Boule de Suif (Suet Dumpling). Over the next ten years he produced over 200 short stories and six novels, the vast majority based on his own lifetime experiences - his childhood in Normandy, his service in the Franco-Prussian War, his work as a clerk and journalist, and his knowledge of Parisian high society. His short stories included three major collections, La Maison Tellier, Mademoiselle Fifi and Miss Harriet, and his most successful novels were Une Vie, Bel Ami and Pierre et Jean. Apart from some later works dealing with the supernatural, such as Le Horla, his stories were taken from the lives of ordinary people who, driven by ambition, lust or greed, brought troubles on themselves or those around them. His style was simple and direct, and his acute powers of observation brought to life the personality and dialogue of his diverse characters and the social settings in which they lived. As a young man he suffered from syphilis - prostitutes and brothels feature in many of his tales - and he died of this disease at the age of 42. Regarded as one of the founders, if not the inventor, of the modern short story, his work influenced a number of writers, including the Englishman Somerset Maughan and the Americans Henry James and O. Henry. 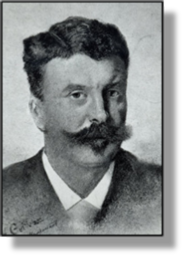 xxxxxThe French writer Guy de Maupassant, one of literature’s greatest masters of the short story, was born at the Château de Miromesnil, near Dieppe, Normandy. His parents separated when he was eleven, and he then lived with his mother, a learned woman to whom he was deeply devoted. He attended a seminary at Yvetot for a short time - an experience which aroused in him a lifelong dislike of religion - and then studied at the Rouen Lycée. There he showed a particular interest in poetry and took an active part in stage productions.

xxxxxIn 1869 he went to Paris to study law, but his studies were interrupted when the Franco-Prussian War broke out the following year. He volunteered for service at once and gained an experience of war which - like other periods of his life - was to provide a feast of material for his novels and short stories when he began his literary career. He was demobilized in July 1871 and, after completing his law studies, spent the next nine years working as a clerk in the Navy department and, from 1879, the Ministry of Public Instruction. Despite promotion, the work itself gave him very little satisfaction, but he made full use of his leisure time. He spent long hours boating on the Seine and enjoying the company of loose women - complementary pastimes - and it was during this period that he came under the wing of the celebrated novelist Gustave Flaubert.

xxxxxFlaubert, an old friend of the family, had known the young Maupassant since the age of 17,  and had been asked to keep an eye on him. Whenever he was in Paris he would invite him for Sunday lunch and make sure that he attended the literary gatherings he held at his home. As a result, Maupassant met the likes of Émile Zola, Ivan Turgenev, Edmond de Goncourt and Alphonse Daudet, and began to consider a career as a writer. At first his attempts at putting pen to paper did not impress, but Flaubert saw that he had talent and continued to correct his work and advise him on content and style. Indeed, so close did their friendship become that there grew up between the two men an almost father-son relationship.

xxxxxEventually, Flaubert’s training and Maupassant’s latent talent brought the success both men deserved. April 1880 saw the publication of his Boule de Suif, one of a collection of six short stories, edited by Zola and intended to provide non-heroic, realistic incidents from the Franco-Prussian War. Centred around the humiliation of a plump, well-known prostitute (nicknamed “Suet Dumpling”) during a stagecoach journey to escape the Prussian advance, and highlighting the narrow mindedness and hypocrisy of her fellow bourgeois travellers, it was an overnight sensation, and launched him on a highly successful career both as a short story writer and a novelist.

xxxxxDuring the next ten years Maupassant published over 200 short stories, six novels, three travel books, and a volume of verse. His short stories, produced at a rate of two to four each year, included the collections La Maison Tellier of 1881, Mademoiselle Fifi of 1882 and Miss Harriet of 1884. Among his well-known stories are Deux Amis (Two Friends), La Parure (The Necklace) and A Piece of String. Later books included Le Rosier de Madame Husson (The Rose-Bush of Madame Husson), L’Inutile Beauté (The Useless Beauty) and Le Horla, one of a number of tales which dealt with suicide, madness and the supernatural. These horror stories had much in common with the nightmarish visions of the American writer Edgar Allan Poe, and were doubtless symptoms of his own mental deterioration. His novels, though not as technically innovative as his short stories, were no less successful. The first one, Une vie, (A Woman’s Life), published in 1883 - the tale of a good woman beset with misfortune - sold 25,000 copies in less than a year, and his semi-autobiographical novel Bel Ami, a scathing satire on the “get-rich-quick” society of city life, went through more than 30 printings in less than four months. Today, his Pierre et Jean of 1888, a powerful psychological study of two brothers and the jealousy that tears their family apart, is often considered his best in this genre. 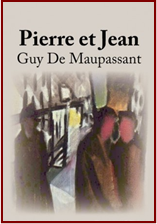 xxxxxFor the most part, these stories and novels are drawn directly from his own experiences, but they provide, at the same time, a very full picture of French life in general during the latter part of the 19th century. A number of his tales are taken from his childhood days in Normandy, and the Franco-Prussian War features in many works apart from Boule de Suif. His carefree days in Paris in the 1870s and, subsequently, his visiting lady friends, doubtless account for his fascination with brothels and prostitution - seen in stories like La Maison Tellier and Mouche - and time spent in bureaucracy and journalism spawned a number of works, notably his L’Héritage and Bel Ami. And when wealth came his way, and the street gave way to the salon and the brothel to the boudoir, the upper classes provided more material, though he himself never became part of this social élite.

xxxxxHis success as a writer owed much to his acute powers of observation, supported by an almost photographic memory. This enabled him to create not only life-like scenes and settings, but also the personality, actions and dialogue of his diverse characters and their place and relevance in what was, at that time, a deeply divided society. In the main his stories are solidly built around the lives of ordinary people who, driven by greed, lust or ambition, bring tribulation and disappointment to themselves or others. As a true realist he took on the “naturalism” of Flaubert and Zola, but his style was simple, direct and dispassionate. There is no place for moral judgment or pointless digression, only the “humble truth”, as he put it. He just stuck to the story and, with perfect control, brought it to its denouement at the right time and place. That’s what made his works so readable and popular.

xxxxxApart from his literary talent, Maupassant was a good business man, and he made sure that he prospered from his hard work. His new-found wealth enabled him to have an apartment in Paris, a country house at Étretat, and a holiday home on the Rivera, complete with yacht. His travels took him to parts of Europe and French Africa - where he gained material for his story Marroca - and on a visit to England in 1889 he met up with the American writer Henry James, who was living in London at that time. Also numbered among his friends were his fellow countrymen, Alexandre Dumas Fils and the Goncourt brothers.

xxxxxBut by the late 1880s the syphilis Maupassant had contracted in his youth began to take its toll, exacerbated by the death of his brother from the same disease in 1889. Constantly haunted by the fear of his own death, he became increasingly deranged. In January 1892 he attempted suicide by cutting his throat and was committed to a private asylum at Passy in Paris. He died there just over a year later, aged 42, and was buried in the Cimetière du Montparnasse.

xxxxxOne of the creators, if not the inventor, of the modern short story, Maupassant was a master of observation and plot. Writers on both sides of the Atlantic learnt from his style, took him as a model, and even adapted some of his stories. Among these were the Americans Henry James and O. Henry, and the Englishman Somerset Maugham.

xxxxxIncidentally, Gustave Flaubert hailed Boule de Suif as “a masterpiece that will endure”. He thought highly of Maupassant. “He is my disciple, “ he wrote, “and I love him like a son”. For his part, Maupassant, the child of a broken marriage, saw Flaubert as a father figure. He was devastated at Flaubert’s sudden and unexpected death in 1880, just a month after the publication of the work which la

unched him on his literary career. ……

xxxxx…… Maupassant was one of a number of Parisians who hated the Eiffel Tower, completed in 1889. It is said that he used to frequent the restaurant at the foot of the tower so that he did not have to look at it while eating his lunch! 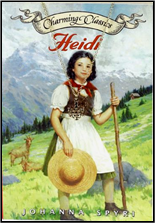 xxxxxItxwas in 1880 that the much loved Heide was published. Written by the Swiss author of children’s stories Johanna Spyri (1827-1901), it tells the story of an orphan girl who lives with her grandfather in the Alps. The book is delightfully written, and the descriptive passages capture the grandeur and beauty of the mountain scenery. She wrote many other children’s stories, but none attained the popularity of Heide. It has sold millions of copies worldwide, been translated into more than 40 languages, and has inspired a number of films and television series. It is likely that it was based on a book entitled Adelheide, the Girl from the Alps, produced by Adam von Kamp (1796-1867), a German history teacher, in 1830.