xxxxxThe sudden death in 1290 of Margaret, Maid of Norway, the Queen of Scotland, at the age of 8, produced a serious constitutional crisis. To bring an end to the confusion caused by 13 claimants to the throne - and gain a measure of control over Scotland at the same time - Edward threw his support behind John Balliol, grandson of the former Scottish king, David I. In 1292 he marched into Scotland and proclaimed him king. But this interference in Scottish affairs was unacceptable. Three years later Balliol led his people in revolt, though only to make matters worse. Soundly defeated at the Battle of Dunbar in 1296, he was deposed and his country virtually taken over by the English military. But, as we shall see, the Scots had plenty of fight left in them when Edward was forced to return in 1298. 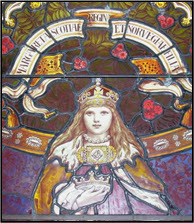 xxxxxMargaret, known as the Maid of Norway, was born at Tønsberg in 1282 or 1283, the daughter of King Eric II of Norway and Margaret, daughter of King Alexander III of Scotland. She was only about two years old when, on the death of her grandfather, Alexander III, the Scottish lords proclaimed her the rightful Queen of Scotland as the only living descendant. Her great-uncle, Edward I, ever anxious to obtain control of Scotland, arranged her marriage to his son Edward, heir to the English throne, but on her voyage to Scotland in 1290 she was taken ill and died on reaching the Orkneys, aged about eight.

xxxxxHer sudden and unexpected death produced a serious political crisis, with no less than thirteen claimants to the Scottish throne. Amid this turmoil, Edward, proclaiming himself overlord of Scotland by virtue of the marriage treaty, threw his support behind John Balliol, a grandson of the former Scottish king, David I, and, marching into Scotland in November 1292, proclaimed Balliol king of Scotland. As events turned out, he was to be the last Scottish king to be crowned on the Stone of Scone.

xxxxxThis action marked, in effect, the 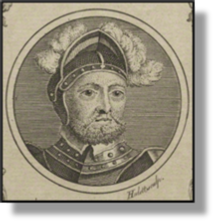 beginning of Scotland's war for independence. Such was the width and depth of opposition aroused in Scotland by Edward's interference in Scottish affairs, that in 1295 John Balliol (illustrated) rebelled, formed an alliance with France against England, and called upon his people to revolt. In response, Edward invaded Scotland, defeated Balliol’s army at Dunbar in April 1296, and publicly announced the annexation of Scotland to England. Balliol was deposed and the country was placed under military occupation. It was a resounding victory for the English king but, as we shall see, the battle was resumed when Edward was forced to return in 1298.

xxxxxIncidentally, the portrait of the young Margaret is taken from a stained glass window in Lerwick Town Hall.

xxxxxIt was after his victory at the Battle of Dunbar that Edward seized the Stone of Scone and took it back to London. Used for centuries for the crowning of the Scottish kings, he placed it in the coronation chair in Westminster Abbey, a symbol, as he saw it, of England’s domination over the Scots. In fact, as we shall see, when the two countries were eventually united it was a Scottish king, James VI, who was crowned king of England as James I in 1603. 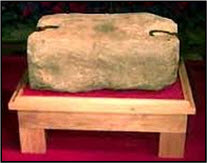 xxxxxIt was after his victory at the Battle of Dunbar in 1296 that Edward seized the famous Stone of Scone and took it to England, having it placed under a special coronation chair in Westminster Abbey. The stone - a rectangular block made of pale sandstone - had been associated with the crowning of Scottish kings for centuries, but once installed in London Edward saw it as a symbol that the kings of England would also be crowned as kings of Scotland. In fact, as we shall see, when the unity of the two countries eventually came about, it was a Scottish king, James VI, who sat on the coronation chair and was crowned king of England as James I in 1603.

xxxxxOn Christmas Day 1950 a group of Scottish nationalists stole the stone and took it back to Scotland. It was recovered four months later and returned to Westminster Abbey. Then in November 1996, on the 700th anniversary of its seizure by Edward, the stone was returned to Scotland, its rightful home, and is now on display in Edinburgh castle.