xxxxxThe Swedish botanist Carolus Linnaeus was trained as a doctor, but devoted much of his life to the study of plant life and animals. His first major work, Systema naturae, published in 1735 and expanded by twelve editions, set out his simple, more workable system of classification. Having grouped together plants which had shared characteristics (such as the number and arrangement of petals), he used a binomial method to name them, giving a Latin or Latinized word to identify first the genus and then the particular species within that genus. This system was improved and extended in his second major work, Species plantarum of 1753, containing details of some 6,000 species, as well as information on insects and animals. This simple method was widely adopted throughout Europe. His other works included Methodus Sexualis, Philosophia Botanica, and one of his first publications, Flora Lapponica, written after a botanical expedition to Lapland. As we shall see (1767 G3a), further advances in natural history were to be made by the French naturalist Georges Buffon. 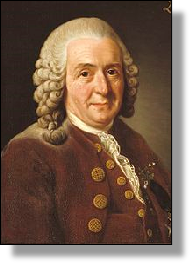 xxxxxLinnaeus was born in Rashult in Smaland, Sweden, the son of a pastor. He was fascinated with plant life from an early age, and was fittingly dubbed "the little botanist", but on leaving school he chose to study medicine. He attended the universities of Lund and Uppsala, and made good progress, but he continued his interest in botany. Indeed, such promise did he show in this subject, that in 1732 he was chosen by the Uppsala Academy of Sciences to lead a botanical expedition to Lapland. On his return, he settled at Heemstede in Holland for a short while, and it was during this period, 1735-1738, that he produced the first editions of his Systema naturae and General Plantarum, his Methodus Sexualis, and his Flora Lapponica, the results of his exploration in Lapland.

xxxxxAll these works served to enhance his reputation, but Systema naturae (System of Nature) was important, above all, for providing a much clearer and workable system of classification. It grouped together plants which had shared characteristics (such as the number and arrangement of flower parts) and it simplified the method of naming both plants and animals by using a Latin or Latinized word to identify the genus, and then a second word to distinguish the particular species. Thus in the case of the daisy, the name of the genus came first, Bellis, followed by perennis, to identify the species within that genus. If the plant was discovered by a particular person, then his or her name was added, as in Bellis perennis Linnaeus.

xxxxxGiven the chaotic arrangement then existing in the classification of plant and animal life, this method was welcomed and widely adopted. Systema naturae itself ran to twelve editions, and by the tenth, published in 1758, was made up of a number of volumes, each containing a wealth of information on insects and humans, as well as plant life. In the meantime, his Species plantarum of 1753 contained detailed descriptions of some 6,000 species, and refined the binomial method by using a "sexual system" of identification, based on the number of stamens and styles.

xxxxxDespite his heavy work load, in 1736 he paid a visit to England and met the naturalist Sir Hans Sloane. He then journeyed to Paris where he struck up a friendship with the three French botanists of repute, the Jussieu brothers Antoine, Bernard and Joseph. In 1738 he settled in Stockholm and worked as a physician. He established a thriving practice, and in 1741 was appointed professor of medicine at Uppsala University, 45 miles north of the capital. True to his first love however, the following year he resigned and took up the chair of botany! Later works included a study of Sweden's flora and fauna, Hortus Upsaliensis of 1748, and Philosophia Botanica, published three years later. For his outstanding service to biology, he was knighted by the Swedish government in 1761 and he then reverted to his name at birth, Carl von Linné. He died in January 1778, and was buried in the 15th century cathedral at Uppsala.

xxxxxInxcompiling his work Linnaeus is likely to have been assisted by the works of three earlier botanists: the Italian Andrea Cesalpino (1524-1603), who

completed a sixteen-part work De Plantis libri in 1583, classifying according to flowers, fruits and seeds; the Swiss Gaspard Casper Bauhin (1550-1624), who attempted to classify all known species of plants in his Illustrated Exposition of Plants of 1623; and the Englishman John Ray (1627-1705), who completed his three volume work Historia Plantarum in 1704. As we shall see (1767 G3a), the understanding of natural history was later to be expanded in the capable hands of the French naturalist Georges Buffon, along with further attempts to improve the system of classification.

xxxxxIncidentally, in 1783 the English botanist James Edward Smith (1759-1828) bought Linnaeus' manuscripts, herbarium, and collection of shells and insects, and these are now preserved at Burlington House in London. Five years later he founded the Linnean Society, aimed at promoting natural science. ......

xxxxx…… In adopting the binomial method of classification, it was Linnaeus who coined the term Homo sapiens (Wise Man) and Theobroma cacao (chocolate, food of the Gods!). He was also responsible for describing the American Indian as "Red". …… 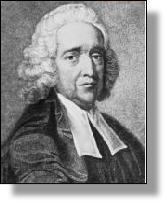 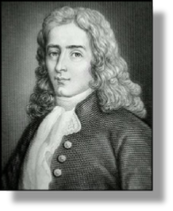 xxxxx…… Two other natural scientists at this time deserve a mention. ThexFrenchman René Antoine Réaumur (1683-1757) (illustrated right), whom we noted earlier for the advances he made in the production of iron and steel (1722 G1), was also an accomplished entomologist, and began work on his Memoirs Serving as a Natural History of Insects in 1734. Before his death in 1757 he had completed six volumes towards this impressive study. ThexEnglishman Stephen Hales (1677-1761) (illustrated left) is remembered above all for his investigation into plant respiration. His findings in this subject and in other areas of plant physiology were published in his Vegetable Staticks of 1727. He also did some valuable pioneer work in the means of measuring human blood pressure, and he was one of the first to devise a means of ventilating ships and large buildings.