xxxxxThe German playwright Gotthold Ephraim Lessing laid the foundations for modern German drama. In his plays he rejected the constraints laid down by the French theatre, choosing his characters freely and centring his action on the domestic issues of middle-class life. Among his major works were the tragedy Miss Sara Sampson of 1755, his comic masterpiece Minna von Barnhelm, produced in 1767 and marking the birth of classical German comedy, and Emilia Galotti, a tragedy which had a marked influence on the German movement for greater freedom, known as Sturm und Drang (Storm and Stress). A prolific and trenchant writer, Lessing was also an able critic across a width of subjects. He wrote on archaeology, theology, and the principles of drama, and his famous Laocoon of 1766 attempted to define the aesthetic distinctions between poetry, sculpture and painting. A number of his works, such as The Jews and Nathan the Wise were strong pleas for racial and religious toleration, but his radical views, forcefully put, made him enemies, especially among the orthodox clergy, and he died a poor and lonely man.

xxxxxThe playwright and critic Gotthold Emphraim Lessing, one of the great men of German letters, and an outstanding champion of freedom of thought, laid the foundations for modern German drama. His domestic tragedy Miss Sara Sampson of 1755, woven around middle-class life, was the first of a series of his plays which, written for the German stage, threw off the constraints of classical writers like Corneille and Voltaire. The characters were freely drawn, and its underlying conflict between virtue and passion clearly showed the influence of modern novelists such as the English writer Samuel Richardson. 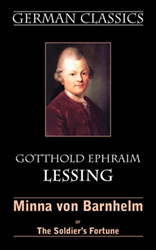 xxxxxA number of notable works followed. His comic masterpiece Minna von Barnhelm (The Disbanded Officer) was produced in 1767, and is regarded today as one of his country's finest comedies. Set against the background of the struggle between Prussia and Saxony in the Seven Years' War, it marks the birth of classical German comedy. And his next major work, Emilia Galotti, a tr 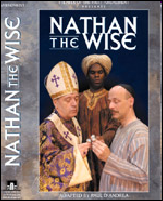 agedy based on a Roman legend, had a marked influence on the development of the German Sturm und Drang movement (Storm and Stress movement) in which Goethe, Schiller and others - in the name of unbridled emotion - rejected the current rational and restrictive dictates of literary composition. Later came his drama in blank verse called Nathan the Wise, an ardent, persuasive appeal for religious toleration, produced for the stage in 1779 after his controversial views on religion had led to a ban on his writing any more articles.

xxxxxLessing was born in Kamenz, Saxony, the son of a Protestant minister. He studied theology and medicine at Leipzig and Wittenberg Universities, and it was while at Leipzig that he began writing for the theatre, an interest inspired by his reading of the Latin dramatists Plautus and Terence as a child. To this early period belongs his first comedy The Young Scholar, a delightful satire on a young man's vanity and arrogance. This was first performed in 1748, and was followed, amongst others, by his The Freethinker and The Jews. The first was a portrayal of bigotry, whilst the second was a plea for religious and racial tolerance. These witty plays broke away from the set characters of traditional drama, and, whilst centred around human frailty, also included virtuous men and women. 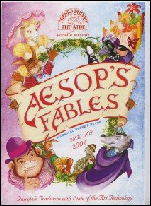 xxxxxBy 1758 he was in Berlin, and it was here, together with his friend the philosopher Moses Mendelssohn and the writer Friedrich Nicolai, that he produced Letters on the Most Recent Literature. It was by means of these critiques that he denounced the French influence in German literature, and argued that Shakespeare was a freer, less restricted model for German dramatists to emulate, being much more in keeping with the German mentality. Then in 1759 he produced a number of short prose fables, together with an appraisal of the genre itself. He saw these fables as providing salutary lessons in correct behaviour. Indeed, he took the French fabulist La Fontaine to task for producing tales which, though charming in themselves, generally served no useful purpose. He wanted a return to Aesop, whose stories always had a moral content.

xxxxxThere followed two years in Hamburg, where, though failing to establish a national theatre - a bitter disappointment to him - he produced his Hamburg Dramaturgy, a study of the basic principles of drama, and the skills required of a playwright. Completed in 1768, this leaned heavily upon his own interpretation of Aristotle's concept of tragedy and, once again, emphasised the moral influence. It was in this year that he applied to be the director of the royal library at Berlin, but was turned down, doubtless because of a quarrel he had had with Voltaire, then a favourite at the court of Frederick the Great. It was for that reason that, two years later, he was obliged to take up a much less prestigious appointment, becoming librarian of the Brunswick ducal library at Wolfenbuttel. He remained in this post until his death eleven years later. 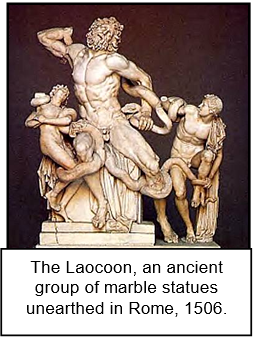 xxxxxBut Lessing's contribution to his nation’s heritage was by no means confined to drama. A trenchant and prolific writer, he was a champion of religious and intellectual tolerance. His works of criticism, written with wit and clarity, and spilling over into a wide range of diverse subjects, had a profound effect upon future German writers. In his treatise Laocoon of 1766, for example, he analysed the aesthetic distinctions between poetry, sculpture and painting, and, in defining their limits, opposed the views of the German art historian Johann Winckelmann. As an archaeologist he made his mark with his Letters on Archaeology, completed in 1769, and his treatise, The Education of the Human Race, was the work of an optimistic humanist. Written a year before his death, it envisaged the development of moral awareness and the attainment of the brotherhood of man, free from dogma and doctrine.

xxxxxWhilst his career as dramatist and critic achieved much and proved influential, his personal life was tinged with sadness. His wife died in childbirth just two years after their marriage in 1776, and he was dogged by disappointment. In 1768 his hopes of establishing a national theatre at Hamburg came to nothing, he failed in his ambition to be appointed the royal librarian in Berlin, and in his later years he was hounded for his radical views - always powerfully put - and eventually banned from writing any further articles. In particular, his stay at Wolfenbuttel was not a happy one. Although he never actually rejected the basic tenets of the Christian faith, his life was marred by a running and often bitter battle with orthodox clergy, notably their leader, the chief priest of Hamburg J.M Goeze. Eventually his health b 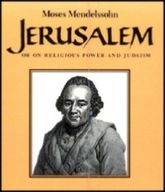 egan to fail, and he died a poor and lonely man.

xxxxxIncidentally, the title character in Nathan the Wise was modelled on his close friend Moses Mendelssohn, whom he met in 1754. Like Lessing, the German-Jewish philosopher Mendelssohn was a passionate believer in the freedom of conscience. In his Jerusalem, published in 1783, he argued that Jews should be given full civil rights. He was grandfather of the composer Felix Mendelssohn.