xxxxxThe French chemist Antoine Lavoisier was one of the founders of modern chemistry. He carried out a series of brilliant quantitative experiments. In 1777 he showed that combustion was due to the presence of oxygen in the atmosphere - thus disproving the phlogiston theory. He also explained the process of respiration, and, extending the findings of the English scientist Joseph Priestley, established that air was made up of oxygen and nitrogen. He worked with the French scientist Pierre Simon de Laplace on the effects of heat, and, aided by the French chemist Claude-Louis Berthollet, produced his Method of Chemical Nomenclature in 1787. This named all chemicals on scientific principles, thus providing the foundation for the modern system. Two years later he published his Treatise on Chemical Elements, a work which listed all the known chemical elements, defined the concept of an element, and explained chemical compounds. Here, too, he was the first to prove the Law of Conservation of Mass. Apart from his work as a chemist, Lavoisier took a very active part in public affairs, and held a number of important posts. With the coming of the French Revolution, however, his wealth and privileged background went against him, as did his work as a tax collector. He fell foul of the left-wing leader Jean-Paul Marat, and in May 1794 was found guilty of crimes against the state and guillotined. 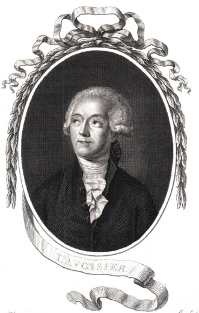 xxxxxThe French amateur chemist Antoine Lavoisier was born in Paris of a wealthy family. After studying at the College Mazarin, he then took up law and, soon after qualifying, became deeply involved in public affairs. Throughout his career he held a number of important public offices, and introduced marked improvements in the fields of economics, education, agriculture, and social welfare. His two major appointments were as a member of the Ferme Générale, the nation's main tax-collecting agency, as from 1768, and as Régisseur des Poudres (director of the gunpowder industry), as from 1775.

xxxxxBut his restless, inquisitive nature continually drew him to the study of science, and today, it is for his work in chemistry that he is remembered. As early as 1766 he was awarded a gold medal by the Academy of Science for a paper on street lighting for Paris, and two years later he was admitted to the Academy as an associate chemist. It was following a visit paid to him by the English chemist Joseph Priestly in 1774 that he investigated further what Priestly called "dephlogisticated air". Three years later he proved that air consists mainly of oxygen and nitrogen. By a series of quantitative experiments, he demonstrated that it was the new gas, l 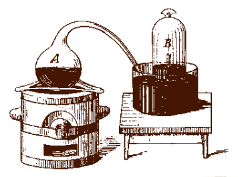 e principe oxygine - a portion of the atmosphere - which, combined with a combustible substance, caused the process of burning. This put an end once and for all to the long-held belief that there was a hypothetical "fire element" called phlogiston ("flammable") which was released during combustion. His findings were set out in his On Combustion of 1777, and were widely accepted. Another work of this period was his Considerations sur la nature des acides (Considerations on the Nature of Acids).

xxxxxIn 1783, working with the French scientist Pierre Simon de Laplace, he devoted much time to the study of physical problems, especially those related to heat, and he showed that carbon dioxide and water were the normal products of respiration and that respiration was, in fact, a form of combustion. Then four years later, working with the French chemist Claude-Louis Berthollet and others, he published his Méthode de nomenclature chimique, (Method of Chemical Nomenclature). Discarding the terms used in the study of alchemy, he named the chemicals on scientific principles, and provided the foundation for the modern system. This was followed in 1789 by his Traité élémentaire de chimie 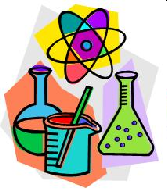 (Elementary Treatise of Chemistry). This listed all the chemical elements then known, defined the concept of an element, and gave an explanation of chemical compounds. It also gave evidence of the first and most basic quantitative law in chemistry, the Law of the Conservation of Mass, proving that there is no loss of mass (constant weight) during chemical change. Alterations and modifications there might be, but nothing was created or destroyed. And in the same year, 1789, he and others established the Annals de chimie, the first journal devoted to chemistry.

xxxxxApartxfrom his overriding interest in chemistry, he at one time accompanied the French geologist Jean-Étienne Guettard (1715-1786) on a long field trip, and later assisted him in preparing his mineralogical atlas of France, published in 1780. And in 1781 he was on the committee, alongside Benjamin Franklin, which investigated the activities of the Austrian physician Franz Anton Mesmer and pronounced his theory of "animal magnetism" a hoax. Later he served on the committee which recommended the metric system, adopted in France in 1795.

xxxxxWith the coming of the French Revolution he continued to play an active part in the administration of the country but, in addition to his obvious wealth, privileged background, and his reputation as a "tax collector", he also fell foul of the left-wing leader Jean-Paul Marat. Having earlier blocked his membership to the Academy of Sciences, Marat accused Lavoisier of preventing air circulation within 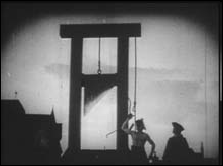 Paris because, at his suggestion, a wall had been built around the city in 1787 to put an end to smuggling. With the beginning of the Reign of Terror in 1793, Lavoisier, by then Director of the Academy of Science, feared for his life, despite his contribution to the welfare of the nation and the advance of science. He tried to escape, but was arrested in 1794. After a brief trial in May of that year, during which the Judge declared that the Republic had no need of scientists, he was guillotined the same day.

xxxxxLavoisier can rightly be considered one of the founders of modern chemistry. Quite apart from his discoveries, numerous and impressive though they certainly were, he brought to the study of chemistry an experimental skill and a thoroughness of research that set the future standards for this particular branch of science. In addition, he was a man of extraordinary ability in so many affairs of state. Few men have surpassed his width of administrative competence. The Italian-French mathematician Joseph-Louis Lagrange spoke for his contemporaries, and for generations to come, when he remarked: “It required only a moment to sever the head, but perhaps a century will not be sufficient to produce another like it”.

xxxxxIncidentally, Lavoisier provided the names for both hydrogen and oxygen. Using ancient Greek, he called hydrogen "water maker" and oxygen "acid maker" (believing, wrongly, that oxygen was an essential element of all acids).

xxxxxAs we have seen, the French chemist Claude-Louis Berthollet (1748-1822) assisted Lavoisier in compiling his Method of Chemical Nomenclature in 1787. Working in Paris, he researched into bleaches and dyes, discovering the composition of ammonia, and introducing chlorine as an industrial bleach. In addition, he worked on chemical explosives and the extraction of iron from ore. His major work was Essay on the State of Chemistry, published in 1803, in which he put forward his ideas on chemical equilibria, and came close to explaining the law of mass action. He held a number of public offices during the French Revolution, and later, as a scientist, he accompanied Napoleon to Egypt. He was at one time director of the Gobelins tapestry factory, and was made a count during the Empire. 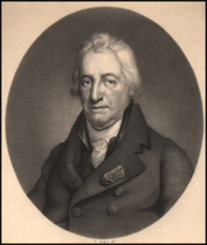 xxxxxAs we have seen, the French chemist Claude-Louis Berthollet (1748-1822) assisted Lavoisier in compiling his Méthode de nomenclature chimique in 1787. He was born in Talloires, near Annecy, France, and after qualifying as a physician at Turin University, studied chemistry in Paris. Here at the Palais Royale he carried out research into bleaches and dyes, and discovered the composition of ammonia in 1785. And It was here that he introduced the use of chlorine as an industrial bleach.

xxxxxIt was due to his knowledge in this field that in 1784 he was appointed inspector of dyeworks and director of the Gobelins tapestry factory. In addition, he made a significant contribution to the manufacture of chemical explosives, and the extraction of iron from ore. His major work was Essai de statique chimique (Essay on the State of Chemistry), published in 1803, the work in which he first put forward his ideas on chemical equilibria, and came close to explaining the law of mass action.

xxxxxHe became a member of the French Academy of Sciences in 1780, and was appointed professor at the École Normale in Paris in 1794. During the French Revolution he held a number of public offices, being at one time a commissioner of the national mint. In later years he taught chemistry to Napoleon, and was one of the scholars chosen to accompany him on his expedition to Egypt in 1798. He was made a senator in 1804, and a count under the empire.

xxxxxIncidentally, Bertholletxhad a long running dispute with his fellow countryman, the chemist Joseph Louis Proust (1754-1826). He disputed Proust’s theory, put forward in 1794, that the components of chemical compounds always combine in the same proportions by weight. However this was later proven, and became known as the law of definite proportions or “Proust’s law “. It played a part in the chemical atomic theory drawn up by the English chemist John Dalton in 1808. Proust was senior apothecary at the Salpêtrière Hospital in Paris, and director of the Royal Laboratory at Madrid from 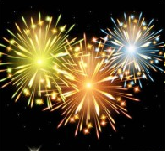 xxxxx…… During the Napoleonic Wars Berthollet attempted to use potassium chlorate as a substitute for saltpetre in the production of gunpowder. It did not work, but it was found that the compound made possible the making of coloured fireworks!