xxxxxCornelius Jansen (1585-1638) was a Flemish Roman Catholic theologian whose book Augustinus, published in 1640, two years after his death, founded Jansenism. This movement, based at the convent of Port-Royal-des-Champs, south of Versailles, claimed that the destiny of all humans was predetermined, and only a chosen few Roman Catholics would gain eternal life. This idea was particularly opposed by the Jesuits, and they persuaded the pope to condemn the book in 1642. The government was also alarmed and took steps to curb the movement. As we shall see (1656 CW), among its members was the French philosopher Blaise Pascal. 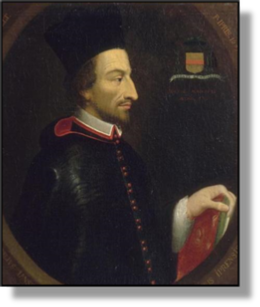 xxxxxCornelius Jansen (1585-1638) was a Flemish Roman Catholic theologian. He was born at Acquoi, near Leerdam, and studied at the universities of Utrecht, Louvain and Paris. In 1617 he was appointed head of the Dutch theological college of Saint Pulchria in Louvain, and then became professor at the University there in 1630. He was made bishop of Ypres six years later.

xxxxxHis book Augustinus, published in 1640, two years after his death, stirred up controversy in the Roman Catholic Church, and proved a divisive issue well into the 18th century. In this work, Jansen, basing his thesis on one particular aspect of Saint Augustine's teaching, argued that human beings, in order to carry out God's commandments, required God's grace. As only God could give this grace, it followed that the destiny of all humans was predetermined. Some, "the mass of perdition", were destined to be damned, whilst the chosen few would gain eternal life. But, he warned, only members of the Roman Catholic Church could hope to be saved in this way.

xxxxxThis doctrine of absolute predestination - a tenet not unlike that held by Calvinism - was particularly opposed by the influential Jesuits, who firmly believed in human free will. By spiritual exercises, they argued, man could train his will to turn to God, thus obtaining his own salvation. They regarded the followers of Jansen as "Protestants in disguise" and, clearly concerned that this pious and austere reform movement might prove a threat to their own order, they prevailed upon Pope Urban VIII to condemn the book. In a bull of 1642 he forbade the reading of the Augustinus, announced that it had been published without the authority of the Holy See, and ruled that its content was heretical. 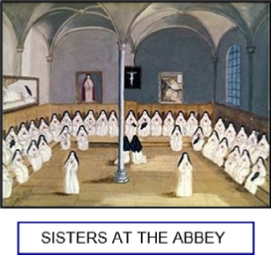 xxxxxFrom the early 1640s the spiritual centre of Jansenism - and thus the focus of opposition towards the Jesuits - was to be found in the convent of Port-Royal-des-Champs, south of Versailles. Here those sympathetic to the movement, including intellectuals, and members of parliament and the nobility, spent time in religious retreat. Such gatherings alarmed not only the Jesuits, but also members of the French Government, who feared that they might well be harbouring subversive elements, including supporters of the Fronde. Further steps were needed to curb their influence.

xxxxxAs we shall see, in 1653 the Jansenists, supported amongst others by the French philosopher Blaise Pascal (1656 CW), were seen as a danger to faith and state and were declared heretics. Nonetheless, the movement continued and began to widen its appeal. It still had some time to run.

xxxxxIncidentally, the Cathedral of St. Martin at Ypres, rebuilt after the First World War, contains the tomb of Cornelius Jansen, bishop of the city and the founder of Jansenism. …… 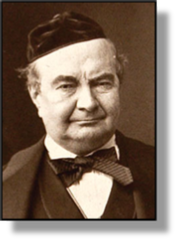 xxxxx…… Thexfamous French literary critic Charles Augustin Sainte-Beuve (1804-1869) completed his three-volume work on The History of Port-Royal in 1848, based on his lectures on Jansenism given at the University of Lausanne in 1837. This gives a unique account of both the religious and literary history of France during the second half of the 17th century, as seen from the records compiled by the movement. Apart from this, his major works were Critiques et portraits littéraires, completed in 1839, Chateaubriand and His Literary Circle of 1861, and his weekly articles on current literary and cultural topics, begun in 1831 and popularly known as his “Monday Chats”. Through his reviews Sainte-Beuve came to know Victor Hugo and his circle of Romantic novelists, dramatists and poets, but he later had an affair with Hugo’s wife, and this brought an abrupt end to their friendship!