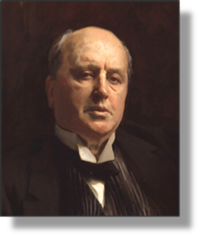 xxxxxHenry James, the American critic, novelist and short-story writer, lived in Europe from 1875. Known for his complex, psychological novels - based initially on the clash between the diverse cultures of America and Europe - his major works included The Portrait of a Lady, The Bostonians and What Maisie Knew, produced in the 1880s and, in his later years, The Ambassadors and The Golden Bowl. He also wrote over one hundred short stories, and these included The Aspern Papers of 1888, and his tale of horror The Turn of the Screw, ten years later. He spent much of his life in England and became a naturalized British subject in 1915.

xxxxxJames was born in New York City, son of a wealthy, somewhat eccentric theologian. He spent his early years in Manhattan, taught privately, but his family then went on the move, and he received much of his education abroad, notably in London, Paris and Geneva. By the age of 18 he had paid no less than six visits to Europe. He was back in the States when the American Civil War broke out in 1861, but due to an injury to his back, he did not take part in the conflict. Instead, he went with his family to New England, and the following year attended Harvard Law School. There, however, he spent much of his time reading literary works, mainly those of Sainte-Beuve, Honoré de Balzac, and Nathaniel Hawthorne. 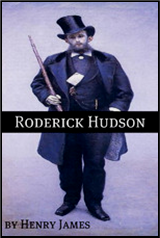 xxxxxIn fact, the young James had shown a wide interest in classical literature and in writing from an early age, and was contributing reviews and short pieces of prose to a number of periodicals from 1864 onwards. He produced his first novel Watch and Ward in 1871, and his first volume of short stories in 1875, together with a collection of travel essays entitled Transatlantic Sketches. The following year he published his first mature novel, Roderick Hudson, centred around the tangled life of an American sculptor living in Rome. In the meantime, however, he had made two further visits to Europe, this time as an adult, and had decided that it was there that he wished to work and live. He found the cosmopolitan atmosphere more conducive to writing, and the cost of living decidedly cheaper. He moved to Paris in 1875, and he was soon at home among the capital’s literary circle, meeting, among others, the Russian novelist Ivan Turgenev and the French men of letters Gustave Flaubert, Edmond de Goncourt, Alphonse Daudet, Guy de Maupassant and the renowned Émile Zola. He made a living writing literary pieces and a series of articles for the New York Tribune, but he never felt fully accepted in Parisian society. Indeed, it was during this time that he gleaned ideas for his novel The American (published in 1877), the story of a wealthy but somewhat gauche American who attempts to marry into a family of French aristocrats and is skilfully rejected. 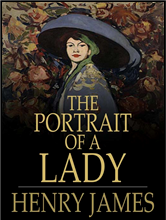 xxxxxIn 1876 James moved to London, “the great grey Babylon”. There he mixed with the élite of society, got to know the politician William Gladstone, and became acquainted with the major literary figures of the day, including Alfred Tennyson, Robert Browning, George Eliot, George Meredith, Robert Louis Stevenson and the interior designer William Morris. A prominent figure of trans-Atlantic literature, it was not long before he was making a name for himself. His short novel Daisy Miller of 1878, the story of an American flirt visiting Rome, gained him international fame, and success continued with The Europeans, published later in the year. Then in 1881 came his masterpiece, The Portrait of a Lady, a brilliantly told story of a young American woman whose narrow upbringing but independent spirit put her at odds with the strict conventions of Victorian society.

xxxxxOver the next ten years there followed three novels and a number of popular short stories. The novels, all socio-political by nature, were The Bostonians, a powerful study of the feminist movement in New England in the wake of the civil war, The Princess Casamassima, centred around revolution and international anarchism, and The Tragic Muse, a conflict between the worlds of art and politics as seen through the studios and stage of London and Paris. His short stories during this period included The Liar, The Aspern Papers, The Pupil, The Lesson of the Master, The Real Thing, and The Middle Years. Not all these works were commercially successful, however, and in 1889, in an attempt to recapture his popularity, he tried his hand at writing for the London stage. There too, his hopes were not realised. His most promising play, the drama Guy Domville, was a failure at its opening night in 1895. Disillusioned and dispirited, he set about revising his style. In his next three novels, The Spoils of Poynton, What Maisie Knew and The Awkward Age, and in his short stories, like The Turn of the Screw and In the Cage, he laid greater emphasis upon character analysis. As a result his style became somewhat convoluted.

xxxxxIn 1897 James bought Lamb House in Rye, Sussex - where he lived for the remainder of his life - and it was here that, in addition to entertaining, he wrote a large number of short fiction pieces, such as The Beast in the Jungle, The Birthplace and The Jolly Corner, and produced three grandiose novels which assured his future fame: the melodrama The Wings of the Dove of 1902; The Ambassadors, a comedy of manners published in 1903; and The Golden Bowl, a study of adultery, completed in 1904. And to this late period belongs his American Scene, a critical appraisal of the American way of life, made during a visit to his homeland in 1904-5.

xxxxxMuch of James’ early work and some of his later novels are centred around the consequences arising from the disparity between American and European culture in both manners and morals - the wide-eyed innocence and misplaced confidence of the New World against the deep-seated corruption and accumulated sagacity of the Old. Influenced by the writings of the Russian writer Turgenev, whom he met while working in Paris, James placed more emphasis on the analysis of character than upon the telling of a “story”. He was a master of psychological realism, not the teller of tales. As a result, there is little in the way of dramatic incident, the action itself is limited, and the analysis of character, by necessity, is long drawn out. Furthermore, his novels and short stories, set for the most part in the cultured, leisurely circles of European society, did not have a universal appeal. 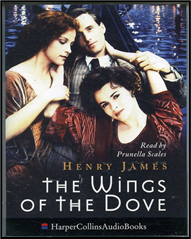 xxxxxIn dealing with the social and moral issues thrown up by his close character studies, James wrote in a clear, realistic style in his early works, but by the turn of the century - when his character analysis had become more intense - his prose had became charged with symbolic imagery and was often difficult to understand. This was especially so in the experimental writing to be found in his later works, such as The Wings of the Dove and The Golden Bowl.

xxxxxThis said, James was a key figure of literary realism in his early writing, and, by his intricate study of character, he became a master of the psychological novel, exerting a marked influence upon the development of this genre. And he earned his place, too, as one of literature’s most accomplished short-story writers, especially perhaps in his ghostly tales. Furthermore, he was a prominent figure of transatlantic literature at a time of significant change. His analysis of life on both sides of the Atlantic detected the changing face of America - through the disturbing effects of industrialisation - and, in England, the faint beginnings of Britain’s decline as a dominant world power.

xxxxxJames was a prolific writer. In addition to twenty-two novels, fifteen plays, and over a hundred short stories, he wrote a number of travel books and biographies, a wealth of literary criticism and several works on the art of the novelist. He suffered a stroke while in London in December 1915 and died at his home in Rye three months later. His ashes were interred at Cambridge Cemetery, Massachusetts, where his stone reads: “Novelist, Citizen of Two Continents, Interpreter of His Generation on both Sides of the Sea.” In 1976 a memorial stone was placed in Poets’ Corner in Westminster Abbey, London.

xxxxxIncidentally, the Polish-born English novelist Joseph Conrad greatly admired James’ works and regarded him as “the historian of fine consciences”. Others were less impressed. The English science fiction writer H.G. Wells, for example - one time on friendly terms with James - accused him of engaging in “literary pomposity and pretentious high-mindedness”, and his caustic satire Boon, published in 1915, included a spiteful parody of his late style. ……

xxxxx…… James’ attempts at writing for the stage ended in failure, but several of his works have since been successfully dramatized for stage and screen, including The Turn of the Screw and his novel Washington Square of 1881, a family drama set in a Manhattan neighbourhood. 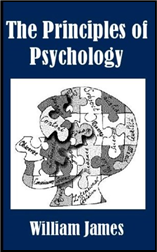 xxxxxJames never married, and whilst he had many friends and acquaintances, he generally remained distant in his relationships with both men and women. He grew up in the shadow of his elder brother William James (1842-1910), who became one of America’s most distinguished psychologists and philosophers. In psychology he advanced the theory of functionalism, helping to establish psychology as a separate discipline based on experiment, whilst in philosophy he contributed to the movement of pragmatism, arguing that truth is that which works. Among his best known writings were Principles of Psychology of 1890, The Varieties of Religious Experience of 1902, and Pragmatism, a New Name for Some Old Ways of Thinking of 1907. He taught at Harvard from 1872 until 1907, where his students included Theodore

xxxxxAndxworthy of note at this time is the American journalist and author Edward Bellamy (1850-1898), a short-story writer who was deeply concerned with the social problems of his day. His novel Looking Backward 2000 to 1887, in which a man awakes from a trance in the year 2000 and finds himself in a socialist utopia, was a best-seller. The idea of a world in which war had been outlawed and all men and women were equal proved extremely popular, and he gained a great deal of public support for his ideas on state socialism. He wrote a sequel, Equality, ten years later.

xxxxxHenry James was born in New York but, in his youth, spent a great deal of time travelling in Europe. In 1875 he decided to move to Paris and earn his living as a writer. He wrote for the New York Tribune and, while in Paris, met, amongst others, the Russian novelist Ivan Turgenev and the French writers Gustave Flaubert, Edmond de Goncourt, Alphonse Daudet, Guy de Maupassant and Émile Zola. The following year he settled in England, and it was here that he spent much of his life. He mixed in high society and came to know the major literary figures, including Alfred Tennyson, Robert Browning, George Eliot, George Meredith, and Robert Louis Stevenson. Known for his complex, psychological novels - many based on the diverse cultures of America and Europe - his early works included Rock Hudson, The American, Daisy Miller, The Portrait of a Lady (1881), The Bostonians and The Tragic Muse. After failing to produce for the London stage, his later novels, such as The Wings of the Dove, The Ambassadors and the Golden Bowl, became noted for their detailed analysis of character and their convoluted style. He was also an accomplished story teller, and wrote over 100 short pieces, including The Aspern Papers and the ghostly The Turn of the Screw. Regarded today as a prominent figure of transatlantic literature, James was a pioneer in literary realism, and an influential master of the psychological novel.