xxxxxThe conquest of Ireland by Henry II was a conquest in name only. Under Henry VII, Poynings’ Law of 1495 did manage to curb the powers of the Dublin government, but it was not until the accession of Elizabeth, an ardent Protestant who insisted on enforcing the Acts of Supremacy and Conformity, that troubles broke out. The first rebellion was led by Shane O’Neill of Tyrone in 1562. He sought help from Scotland and France and posed as a real danger. Luckily for the English, he fell foul of rival families. His forces were routed in 1567, and he was later murdered by the MacDonnells. The second rebellion was led by James Fitzgerald in 1568 and then by Gerald Fitzgerald in 1579. They both failed to muster any sizeable support from the continent, and both were hunted down and killed. After the massacre of a papal army at Smerwick Harbour, County Kerry in 1580, the revolt had petered out by 1583. But, as we shall see, the third rebellion, led by Hugh O'Neill, Earl of Tyrone, in 1598, was a very different story.

IRELAND  -  THE THREE REBELLIONS OF

xxxxxAs we have seen, Henry II took the first step on the road to the English conquest of Ireland. He sent the Earl of Pembroke, known as Strongbow, to quell any opposition, and he himself went to 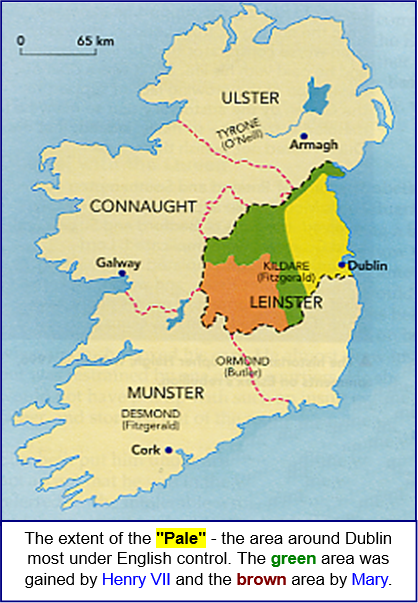 Waterford in 1171 and had the Irish kings submit to his rule. But this "conquest" was far from complete, and by the end of the century power had reverted to the heads of the ruling families. The next monarch to take a real interest in Irish affairs was Henry VII, mainly because of the support being given by the Irish to the two pretenders to the throne, Lambert Simnel and Perkin Warbeck. In 1495 (H7) Sir Edward Poynings managed to curb the powers of the Dublin government by what came to be known as Poynings’ Law. By this legislation, the English king and his council were given tight control over the affairs of the Irish parliament.

xxxxxHenry VIII, never an ardent Protestant, took a somewhat conciliatory attitude towards the Irish. He did institute the dissolution of the monasteries in 1536, and he did have himself proclaimed "King" of the Irish and head of the Church, but, in general, he left them to their own laws, and the country remained comparatively peaceful. Nor was their much serious interference during the reigns of Edward VI and Mary I, though the Roman Catholic Queen did, in fact, encourage English settlement in Ireland and the confiscation of land as a result. 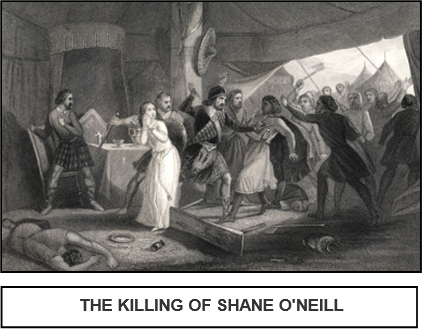 xxxxxFor Elizabeth, the strict enforcement of the Acts of Supremacy and Uniformity throughout her realm spelt trouble from across the Irish Sea. Indeed, her reign was beset with three serious uprisings, in two of which the Spanish played some part. Thexfirst rebellion was led by Shane O'Neill of Tyrone (c1530-1567), a member of one of the leading families. In 1562, he sought help from Scotland and France, and two expeditions under the Earl of Sussex failed to root him out. For the English, the situation might well have spiralled out of control had not rival families sought O'Neill's downfall. His forces were routed by the O'Donnells in 1567, and he was later murdered by the MacDonnells.

xxxxxThexsecond rebellion, starting in 1568, was at first led by James Fitzgerald (known as Fitzmaurice). He conducted a long campaign against the English, but failed to drum up any real support from the continent. In 1579 he returned with only a small force of Italians and Spanish, and was killed in a skirmish the following month. His place was taken by Gerald Fitzgerald, Earl of Desmond (c1533-1583). A poor military commander, his force was soon defeated, and in November 1580 the papal army was massacred at the Golden Fort in Smerwick Harbour, in County Kerry. Desmond was hunted down and killed by a rival family, the Ormonds, and the rebellion was at an end by 1583.

the Earl of Essex

xxxxxBy 1594, the start of the third rebellion, a large number of exiled Catholics had returned to Ireland as adherents of the Counter Reformation, bent on the overthrow of the Protestant Elizabeth. They found ready support for their cause. Thexrebels quickly gained ground in Ulster and Connaught, and then in August 1598, led by Hugh O'Neill, Earl of Tyrone, won a resounding victory over the English at the Battle of the Yellow Ford, near the Blackwater River in County Armagh, Ulster. This defeat, one of the worst suffered by an English force in Ireland, sparked off a revolt throughout the country. Elizabeth at once despatched the Earl of Essex to crush the insurrection, but his army proved totally ineffectual and Essex himself, having concluded an unfavourable truce, deserted his post and returned to England.

xxxxxBy the time his replac 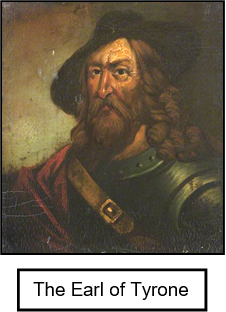 ement, Lord Mountjoy, had arrived in Ireland, the Irish had gained a measure of support from Philip II. In September 1601 some 4,000 Spanish troops arrived at Kinsale, Munster, under their leader Juan del Aguila. They occupied the town and were at once besieged by English troops. Tyrone marched south to relieve the garrison but, on arrival, made a fateful error. He attempted to surprise the English by launching a night attack on Christmas Eve, but the plan went horribly wrong. The rebels were defeated, the Spanish were forced to surrender, and O'Neill eventually gave himself up, six days after the death of the Queen he had sought to overthrow. These rebellions were noted for their cruelty and savagery on both sides. Vast areas of land were laid waste by the English, particularly in Munster and Ulster, and thousands died from hunger alone. 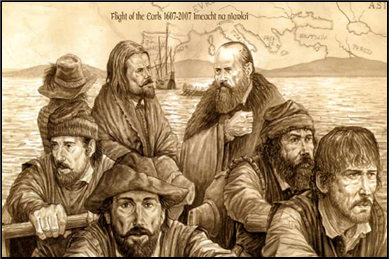 xxxxxForxthe record, James I pardoned the Earl of Tyrone and gave him back some of his land, but in 1607, together with the Earl of Tyrconnell and about one hundred Northern chieftains, he made his way to Rome and, being well received by the Pope, spent the rest of his life there. This "flight of the earls", as it came to be known (illustrated), marked the end of Gaelic Ulster. Ireland was virtually reduced to obedience for the first time since Henry II's invasion in 1170. But for the English it was an obedience won at a high price. The costly commitment to Ireland was to prove one of the burdens which helped to impoverish the Crown and bring it increasingly into conflict with Parliament over the coming years. Furthermore, for the majority of the Irish people it was obedience in name only. The political issue was inextricably bound up with the religious one. Further rebellion was inevitable. In the meantime, as we shall see, in 1610, James I was to aggravate the matter still further by encouraging large numbers of English Protestants to settle in northern Ireland on land confiscated from its rightful owners - the so-called “Ulster Plantation”.

xxxxxIn 1598, under the leadership of Hugh O’Neill, Earl of Tyrone, the third rebellion got off to a good start. Gains were made in Ulster and Connaught, and the English were roundly defeated at the Battle of Yellow Ford. This victory widened the revolt, and Elizabeth sent the Earl of Essex to crush the insurrection. He, however, concluded an unfavourable truce and, deserting his post, returned to England. By then 4,000 troops had arrived from Spain and occupied Kinsale. The English, under Lord Mountjoy, besieged the town and Tyrone marched south to rescue the Spanish. Unfortunately for him, his surprise attack on the English, launched on Christmas Eve, 1601, misfired. The rebels were forced to surrender, the Spanish were captured, and Tyrone himself, having escaped, gave himself up six days after the death of Elizabeth. In fact, James I pardoned him and gave him back some of his land, but in 1607 he and the Earl of Tyrconnell journeyed to Rome - the “flight of the earls” - and spent the rest of their lives there. After this savage and costly rebellion Ireland was virtually reduced to obedience, but in many parts it was an obedience in name alone. Further rebellion was inevitable. Indeed, as we shall see, in 1610 James I himself was to make matters worse by encouraging English Protestants to settle in northern Ireland on land confiscated from its rightful owners - the so-called “Ulster Plantation”. 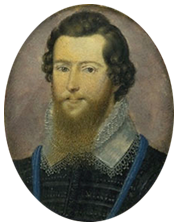 xxxxxThe failure of the Earl of Essex (1567-1601) to suppress the rebellion in 1599, the unfavourable truce he made with the Earl of Tyrone, and his decision to desert his post and return home, brought about his downfall. Queen Elizabeth was not amused with her one-time "favourite". She stripped him of his offices and put him under house arrest. In February 1601 he and some 300 followers attempted to stir up a revolt in London against the Queen, but the rebellion was badly planned and he was soon forced to surrender. He was executed at the Tower of London on a charge of treason. Despite his failings, Elizabeth never really got over his betrayal or his death.

xxxxxThe failure of the Earl of Essex (1567-1601) to crush the rebellion in 1599, together with his unfavourable truce and his own decision to return home, brought about his downfall. On his return, this one-time favourite of the Queen was put under house arrest and when, in February 1601, he made an unsuccessful attempt to overthrow Elizabeth, his fate was sealed. He was executed at the Tower of London on a charge of treason.