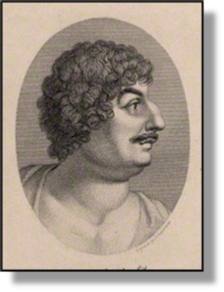 xxxxxThe English cleric and "Cavalier Poet" Robert Herrick is remembered above all for his Hesperides, published in 1648 and named after the mythological garden of golden apples. A collection of lyrics, it contains the well-known poems, Cherry Ripe and Gather ye rosebuds while ye may.

xxxxxOwing much to classical models, particularly that of Catullus and Martial, and much influenced by English folklore, the Bible, and the works of Ben Jonson, his verse touched on a wide range of subjects, from satire, love and erotic fantasy on the one hand, to pastoral themes, politics and religion on the other. His religious poems were included under a separate section, named Noble Numbers, and dated a year earlier, 1647. The 1400 or so short poems that make up the collection are noted for their variety of form, their intensity of feeling, and the restrained, classical style in which they were written. Manyxshow a deep appreciation of nature and, because of their melodious quality, a number were set to music, some by the talented contemporary composer Henry Lawes (1595-1662).

xxxxxHerrick was born in London of a wealthy family and, as a young man, mixed in court circles. It was at this time that he made the acquaintance of Ben Jonson and other writers. He entered Cambridge University in 1614 and, after being ordained, he served for a time as chaplain to the Duke of Buckingham, accompanying him on his ill-fated expedition to relieve the Huguenot stronghold of  La Rochelle in 1627. After that he spent many years as vicar of Dean Prior, near Totnes in Devon. It was here that he wrote on pastoral themes concerning the local countryside and village customs. In 1647, during the Civil War, he was thrown out of his living by the Puritans because of his Royalist sympathies, but he was reinstated in 1662, and remained there for the rest of his life.

xxxxxHerewith are the first and last verses of his well-known song To the Virgins, to Make Much of Time. This was one of the most popular poems of the time and was published in ten collections and eleven songbooks.

xxxxxThe Cavalier Poets, of which Herrick was one, were a group of gentlemen poets who remained loyal to the king throughout the Civil War and, following his execution, supported his son, Charles, in exile and at the Restoration. Their polished, elegant lyrics are mostly centred around loyalty, beauty and courtly love. Delicate and graceful in style and lightweight in subject matter, they are in marked contrast to the bitter and bloody conflict raging throughout the realm during the desperately troubled years of the 1640s. Among their number, and all attached to the royal court, were Richard Lovelace, Sir John Suckling and Thomas Carew. 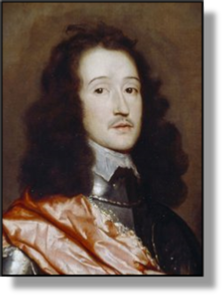 xxxxxRichard Lovelace (1618-1657) was a dashing Cavalier who took part in the Bishops' Wars, the conflicts which proved the immediate cause of the Civil War. In 1642 he presented a royal petition to Parliament on behalf of the king and was promptly imprisoned. It was while in the Gatehouse, London, that he wrote his love lyrics To Lucasta, Going to the Wars, and To Althea, from Prison, a work which contains the lines "Stone walls do not a prison make, Nor iron bars a cage". He later fought for the French on the continent and, on his return in 1648 was again imprisoned. While in prison for a second time he worked on Lucasta, his collection of poems, and this was published the following year. He was a close friend of the Dutch artist, Sir Peter Lely, and wrote two poems for him.

xxxxxThe courtier Sir John Suckling (1609-42), like Lovelace, took part in the Bishops’ Wars. The best of his plays were the tragedy Aglaura and the comedy Goblins, but he is remembered today for his lyrics, particularly A Ballad for a Wedding and his amusing skit, A Session of the Poets. 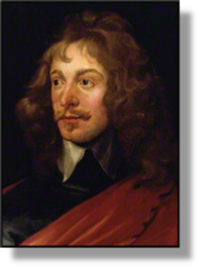 xxxxxSir John Suckling (1609-42) had an eventful but short life. A man of property from the age of 18, he was a well known figure in court circles, and a close friend of Richard Lovelace and Thomas Carew. Like Richard Lovelace, he took part in the Bishops' Wars, equipping his men at his own expense, but in the event, his little contingent gave a poor performance. In 1641 he took part in an attempt to free the Earl of Strafford, then imprisoned in the Tower of London. When the plot was discovered he fled to France where he is believed to have committed suicide.

xxxxxHe produced four plays in the style of Beaumont and Fletcher, the best two being his tragedy Aglaura, performed in 1637, and his comedy The Goblins, staged a year later. He is best remembered for his lyrics, notably his masterpiece A Ballad for a Wedding, and his amusing skit entitled A Session of the Poets, published after his death. Those of his letters which have survived are both chatty and witty, and anticipate the liberated style of the Restoration.

xxxxxIncidentally, during his days at court he gained a reputation as a gambler when bowling or playing cards. He is credited with having invented the card-game of cribbage (once spelled Cribbidge). It is likely that he developed it from Noddy, an earlier game which also used a special scoring board. 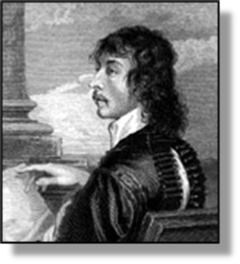 xxxxxThomas Carew (c1595-c1640), a member of the king's household, wrote a spectacular masque for Charles I in 1634 entitled Coelum Britannicum. Music for this was composed by Henry Lawes, who also set a number of Carew's poems and short songs to music. A member of a witty circle of friends which included Ben Jonson, his collection of light hearted and droll poems was published in 1640, and became much admired for the purity of its verse. The majority of his poems were based on various love themes, and included his long, sensuous poem entitled Rapture.

xxxxxOne of his most memorable works was his Elegy on the Death of Dr. Donne, published in 1633 in the first edition of John Donne's poetry.  A fine piece of poetic criticism, he speaks highly of the quality of Donne's verse, praising him for opening "a mine of rich and pregnant fancy", and describing him as the "universal monarch of wit" in his day.

xxxxxThe English poet Richard Lovelace (1618-57) was himself a cavalier who took part in the Bishops’ Wars. He was imprisoned by the Roundheads on two occasions, and it was then that he wrote his love lyrics To Lucasta, Going to the Wars, To Athea, and his collection of poems entitled Lucasta. The Dutch artist Sir Peter Lely was a close friend.

xxxxxThomas Carew (c1595-c1640), as a member of the royal household, wrote a spectacular masque for the king in 1634 entitled Coelum Britannicum. A member of a witty circle of friends which included Ben Jonson, his collection of light-hearted and droll poems was published in 1640. He was a great admirer of the English poet John Donne and wrote his famous Elegy on the Death of Dr. Donne, published in 1633.

Gather ye rosebuds while ye may,

And this same flower that smiles today

Tomorrow will be dying.

Then be not coy, but use your time,

And while ye may, go marry:

For having lost but once your prime,

You may for ever tarry.