xxxxxThe Scottish architect James Gibbs studied in Rome for six years, where he much admired Italian Baroque - as can be seen in his first major commission, the London church of Mary-le-Strand, completed in 1717. He then went on to design country houses throughout England. He was later influenced by the revival of the Palladian style, and this accounts for the mixture of styles in his best-known work, St. Martin-in-the-Fields in Trafalgar Square, London. He produced an excellent pattern book, A Book of Architecture, in 1728, and this, together with a later work, greatly influenced church building in England and the American colonies. 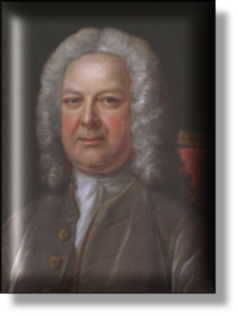 architect James Gibbs was born at Footdeesmire, Aberdeenshire. He went to Rome in 1703, where he studied under Carlo Fontana, one of the leading exponents of the Italian Baroque style. He returned to London in 1709, where the influence of his master can be clearly seen in his first major commission, the Church of Mary-le-Strand, completed in 1717. On the strength of this work he was soon in much demand in the private sector, building or taking part in the planning of some 50 houses. He designed, for example, the Duke of Argyll's villa at Sudbrook Park in Petersham, and the Palladian mansion of Ditchley in Oxfordshire, and he more than likely had a role in the design of the villa built at Twickenham for the English poet Alexander Pope. He also showed an interest in landscape architecture, some of his finest work in this respect being the classical temples in the gardens of the Stowe estate in Buckinghamshire.

xxxxxA close friend and admirer of Christopher Wren, Gibbs was later influenced by the revival of Palladianism - mainly due to the classically inspired English architect Lord Burlington - and this accounts for the mixture of styles to be seen in his best-known work, the church of St. Martin-in-the-Fields in Trafalgar Square, London (illustrated). Designed in 1720, the fine tower and graceful steeple, combined with an imposing classical frontage, proved highly popular, and this synthesis of the Palladian and the Baroque served as a model for many churches during the 18th century, not only in England but also in the American colonies. This was due in very large part to the wide circulation and success of his illustrated treatise A Book of Architecture, published 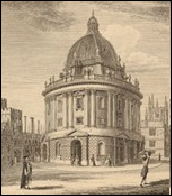 in 1728, and to his later work of 1732 entitled Rules for Drawing The Several Parts of Architecture. Saint Michael's Church in Charleston, Carolina, for example, built in the 1750s, and Saint Paul's Chapel in New York City, constructed in the 1760s, clearly show the influence of these pattern-books on colonial design.

xxxxxAmong his other outstanding works are the Senate House at Cambridge, completed in 1730, and the Radcliffe Library at Oxford with its circular rotunda and high dome (illustrated). It was started in 1739 and took ten years to finish. 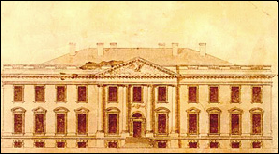 xxxxxIncidentally, in 1792 a competition for the design of the White House (the official residence of the president of the United States from 1800), was won by the Irish-American architect James Hoban. In fact, his neoclassical plan was virtually a copy of a particular design in Gibbs' Book of Architecture. The house was burnt down by the British in 1814, but in his work of reconstruction, Hoban retained many of the features of the earlier building. 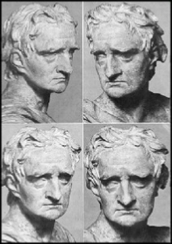 xxxxxAn artist who worked for Gibbs was the Flemish sculptor John Michael Rysbrack (1694-1770). He was born in Belgium, but settled in London in 1720, and remained there for the rest of his life. Trained in the classical tradition, he was one of England's leading sculptors, responsible for no less than 16 monuments in Westminster Abbey. The illustration on the right shows the brilliant terracotta busts he made to assist him in the making of the monument for the English scientist Isaac Newton.

xxxxxAmong his most famous works were the statue of Hercules, completed at Stourhead, Wiltshire, in 1747 (illustrated), and the equestrian statue of William III in Queen Square, Bristol, Gloucestershire, executed in 1735. Apart from countless tombs in churchyards all over England, he was also well-known for his portrait busts and, as that of 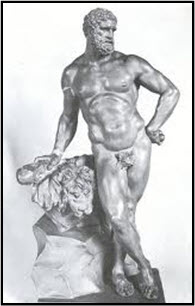 Queen Anne shows, his aim in this genre was not to flatter, but to reveal the character of his sitter. 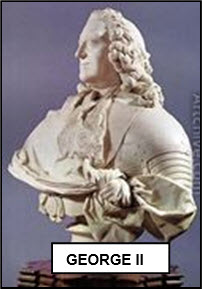 xxxxxAnother sculptor of this period who spent much of his life in England was the Frenchman Louis François Roubiliac (c.1705-62). A Huguenot, he fled across the Channel in 1732 and became a prominent sculptor of the day. Like Rysbrack, he also produced statues and busts of historic and contemporary figures. His first major commission, carried out in 1737, was his seated statue of the German-born composer George Frederick Handel for Vauxhall Gardens in London. He also produced a full length statue of the scientist Isaac Newton for Trinity College, Cambridge, and a number of brilliant busts, including those of the writer Jonathan Swift and the artist William Hogarth. These testify to his skill in revealing the character of his subjects. His monuments for the Duke of Argyll and Lady Elizabeth Nightingale, both in Westminster Abbey, are among his finest works.