xxxxxIn his novels the Russian writer Fyodor Dostoevsky gained fame for his profound psychological insight into the nature of the human soul, and played, thereby, a major part in the development of the 20th century novel, particularly as a precursor of existentialism - the theory that in life an individual has no social or moral restraints upon his or her behaviour. He began writing in 1843, but six years later he was found guilty of subversive activities and spent the next ten years in Siberia. The harsh, brutal conditions he endured in prison - graphically described in his Memoirs of the House of the Dead of 1861 - and the physical and mental torment he suffered, deepened his understanding of human nature and confirmed him in the Christian faith. Despite a constant struggle against debt, not helped by his addiction to gambling, he produced over the next twenty years four works of outstanding merit, Crime and Punishment of 1866, The Idiot of 1869, The Possessed of 1872, and his masterpiece The Brothers Karamazov, published just a few months before his death. In their various ways these works cover the whole gambit of human experience, from the basest of motives to the highest of ideals. Regarded today as one the greatest writers in world literature, his works have influenced, among others, the writers Marcel Proust and Jean-Paul Sartre, and the philosophers Friedrich Nietzsche and Sigmund Freud. 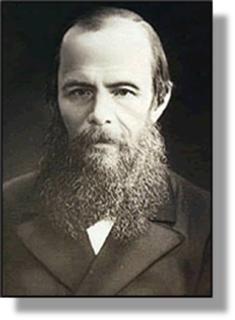 xxxxxCrime and Punishment of 1866 was the first major work of the Russian novelist Fyodor Dostoevsky. Set in the back streets of St. Petersburg, it provided a penetrating analysis of the mental torment of a young, destitute student who murders an old, miserly pawnbroker out of hatred and the need for money, but finds redemption through suffering. It was followed by two other psychological studies in depth, The Idiot of 1869, and his masterpiece The Brothers Karamazov, produced in November 1880, just a few months before his death. These three works in particular have marked him out as one of the greatest novelists in world literature. As a writer his psychological penetration into the nature of the human soul had a profound influence on the development of the 20th century novel, not least on the early soundings of existentialism.

xxxxxDostoevsky was born in Moscow, the son of a retired military surgeon who worked at a local hospital for the poor. Following the death of his mother in 1837, he was sent to the Academy of Military Engineering at St. Petersburg and received a commission in 1841. While at St. Petersburg, however, he also showed a keen interest in literature, and his wide variety of reading included works by Homer, Shakespeare, Pascal, Corneille, Racine, Balzac, Hugo, Scott, Goethe and Schiller. This interest shaped his future. In 1843 he left the army and took up writing as a career. He made an auspicious start. His first work, a short novel entitled Poor Folk, produced in 1846, was a stark, moving story that won him wide acclaim and celebrity status.

xxxxxBut his good fortune was short-lived in more ways than one. Over the next three years a string of stories and novelettes, including The Double and The Landlady, failed to impress, and then in 1849 his writing was brought to an abrupt end. In April of that year he was arrested as a member of the Petrashevsky Circle, a literary study group of liberal-minded intellectuals. This was, in fact, a very mild subversive group, making only restrained protest against the worst abuses of autocratic rule, but in the wake of Europe’s year of revolutions it was seen as a real threat to the state. After being sentenced to death and undergoing a mock execution - a terrifying experience - his sentence was commuted to four years of hard labour at Omsk in Siberia, followed by five years military service in the Siberian Regiment. 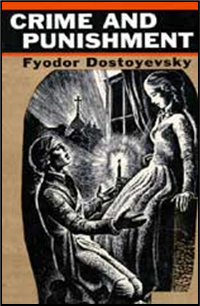 xxxxxHe returned to St. Petersburg in 1859 and took up his literary career, but not entirely from where he had left off. He had learnt to conform. He was now a monarchist and a devout Orthodox Christian. Furthermore, the harsh, brutal conditions he had endured during his experience in prison - graphically recalled in his Memoires of The House of the Dead of 1861- was to bring about a fundamental shift in his literary art. He had experienced at first hand the dark and sordid side of life, and suffered the physical and mental torment of a man “shut up in a coffin”. Thus his novel The Uncle’s Dream of 1859, for example, and The Insulted and the Injured of 1861, a harsh tale of human misery, revealed a deeper psychological insight into the formation of the major characters, introducing aspects of that intense soul searching that was to be the feature of a new form of literature.

xxxxxThen in 1864 came his Notes from the Underground, a work which, though little read today, proved a veritable watershed in his literary development - a prologue, in fact, to the psychological complexity of his later novels. Centred around a despicable social outcast who has no belief in God or Christian values, it conjures up a society without direction, dominated by total personal freedom and indifferent to rational thought and both spiritual and material progress. It was a work which, in fact, gave growth to the roots of existentialism, the 20th century concept of a world devoid of reason and morality wherein each individual is a champion of free will, able to create his or her own personal meaning of life.

xxxxxAround the time of its publication, however, Dostoevsky fell on hard times, not helped in any respect by his obsession with gambling and the money losses he incurred. In the early 1860s the income from his writing and from Time - a magazine he had established as an outlet for his own fiction - had provided him with a moderately good living, and in 1862 he had travelled to Paris and London. However, the failure of his magazine and a decline in his general income forced him into bankruptcy. Then in 1864 personal tragedy came with the death of his wife Maria (whom he had married when in Siberia), and that of his brother Mikhail three months later. In addition to supporting his wife’s son from a previous marriage, he then had to provide for his brother’s widow and children. On the strength of a loan he travelled to Germany in 1865 in order to evade his debtors, but ended up losing more money at the gaming tables at Wiesbaden. 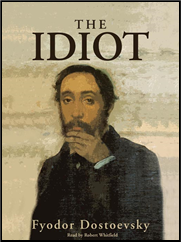 xxxxxHowever, on his return to St. Petersburg his fortunes improved somewhat. The Gambler, written within a month and capitalising on his own tortured experiences at the gaming table, saved him from total financial ruin, and the following year he produced the first of his great works, Crime and Punishment. By 1867 he and his new young bride, Anna Snitkina, were able to spend time travelling across western Europe, though they were still obliged to keep on the move to avoid creditors. It was in Florence, Italy, that he completed The Idiot, the story of the saintly Prince Mishkin, a simple soul whose naive goodness is doomed to ridicule and failure in a society dominated by greed and envy. 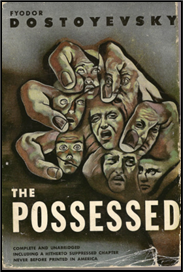 xxxxxOn returning to Russia in 1871 he again took up journalism. He became editor of the conservative Weekly Citizen in 1873, and three years later founded his Writer’s Diary, a monthly journal which proved an enormous success, popular for its articles on current events as well as for its short stories and matters of general interest. And to this period belongs Dostoevsky’s major political work The Possessed (also known as The Devils). A confused and violent interpretation of the growing movement towards revolution in Tsarist Russia, this showed his profound distrust of a radical movement in the hands left-wing idealists. He held that such “demons” were set to overthrow all that was laudable in the Russian way of life - stability, family life, and the Christian faith. It was in some respects a prophetic work. 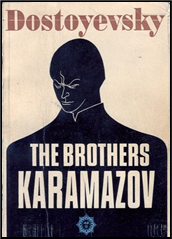 xxxxxThe last eight years of his life were spent in comparative prosperity, and by 1879, when The Brothers Karamazov was published - his last and greatest work - he was recognised as one of his country’s literary heroes. The Brothers Karamazov, centred around the struggle between four sons implicated in the murder of their repulsive father, plumbs in depth their intellectual, emotional and spiritual reactions, analysing in so doing the whole gambit of human values and beliefs in a search for the real meaning of existence and man’s eternal destiny. In this work Dostoevsky’s psychological penetration into the depth of the human soul could hardly have gone any further.

xxxxxBy the very nature of their subject matter - a feverish, headlong exploration into human psychology - the great novels of Dostoevsky are often difficult to follow let alone understand. As the English writer Virginia Woolf aptly put it, his works were “seething whirlpools, gyrating sandstorms, waterspouts which hiss and boil and suck us in. They are composed purely and wholly of the stuff of the soul. Against our wills we are drawn in, whirled round, blinded, suffocated, and at the same time filled with giddy rapture.” Not surprisingly they had a profound effect upon intellectual thought in the 20th century,  influencing, among others, the writers Marcel Proust, Jean-Paul Sartre and Aleksandre Solzhenitsyn, and the philosophers Friedrich Nietzsche and Sigmund Freud. 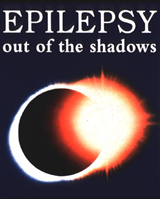 xxxxxIncidentally, Dostoevsky suffered from epilepsy nearly all his life. According to some accounts his first seizure occurred when he was nine years old. He coped well with the disability, but it could take up to a week to recover from a seizure, and he was deeply distressed in 1880 when his three-year old son Alyosha died of the disorder. Epilepsy is a recurring theme in his novels, and among his epileptic characters were Prince Mishkin, the title role in The Idiot, and Smerdyakov, one of the brothers in The Brothers Karamazov. His detailed account of the nature of his seizures, together with those given by his fictional characters, proved immensely helpful to the medical profession in acquiring a greater understanding of this mental disorder. ……

xxxxx……  Existentialism, a theory which owes much to the pioneer work of Dostoevsky, came to be popularized by a number of 20th century French writers - such as Jean-Paul Sartre and Simone de Beauvoir -, but the 19th century works of the Danish philosopher Soren Kierkegaard (as we have seen) and the German philosopher Friedrich Nietzsche (1885 Vc) are considered fundamental to the existentialist movement.