xxxxxThe English engineer Abraham Darby III, grandson of the Abraham Darby who, in 1709 (AN), used coke to greatly improve the production and quality of cast-iron, built the world's first iron bridge at Coalbrookdale, Shropshire in 1779. Made up of nearly 1,700 components, he assembled a near-semicircular arch to cross the River Severn close to his ironworks. Its length of 196ft spanned more than 100ft, and reached a height of 50ft. Known as the Coalbrookdale Bridge, it was the very first time that iron had been used for building purposes. 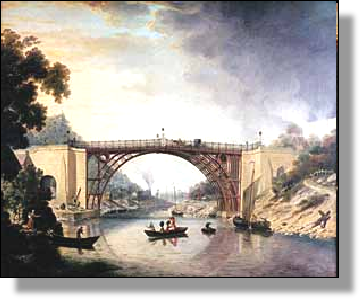 xxxxxAs we have seen, it was an Abraham Darby, an English iron manufacturer based at Coalbrookdale, Shropshire, who, in 1709 (AN) came up with a way of using coke instead of charcoal for smelting iron. This not only made production substantially cheaper, but it also made possible the use of much larger blast furnaces. Using and improving upon this method of coke-smelting, his son, also named Abraham, expanded the family business. Amongst work carried out by his workshop was the making of more than a hundred cylinders for the new steam pumping engines, invented by the Devon engineer Thomas Newcomen in 1712. 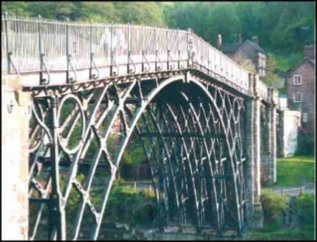 xxxxxBut it was left to his grandson, Abraham Darby III, to put the family name firmly and indelibly in the history books. Inxthe mid 1770s he rebuilt and enlarged his grandfather's famous blast furnace and then, working to plans put forward by the English architect Thomas Pritchard (c1723-1777), he built the world's first cast-iron bridge, completed in 1779. Made up of great cast-iron "ribs", he constructed a near-semicircular arch which, spanning a distance of just over 100 feet, was put in place over the River Severn just a short distance from his iron works. Assembled in three months from nearly 1700 components - the heaviest weighing over 5 tonnes - it was 196 feet long and 50 feet high when completed. In place of today's nuts, bolts and screws, it had "joints, pegs and keys". Known as the Coalbrookdale Bridge, it was the very first time that iron had been used for building purposes.

xxxxxLater, the furnaces at Coalbrookdale were to supply the iron work for the first iron bridge constructed by the Scottish bridge-builder Thomas Telford - spanning the Severn at Buildwas. And they were also to make parts for the pressure steam engines designed by the Cornishman Richard Trevithick, and produce the first engine invented by the English engineer George Stephenson in 1814. Meanwhile, as we shall see, in 1784 (G3b) the Englishman Henry Cort was to show that there were still improvements to be made in the quality of iron and the speed of its production.

xxxxxIncidentally, the structure of Coalbrookdale Bridge proved successful in more ways than one. In 1795 the Severn broke its banks. The floodwater passed through Pritchard's design, but destroyed every other bridge in the region - a fact which, as we shall see, did not go unnoticed by the bridge-maker Thomas Telford. ......

xxxxx...... But not everyone welcomed the bridge. It caused a storm of protest from the local boatmen, many of whom lost their livelihood.

xxxxxAnother English bridge-builder of this period was the Yorkshire engineer John Smeaton (1724-1792). He built a number of bridges in Scotland, and was responsible for the Forth and Clyde Canal. A man of many talents, he also constructed harbours, and, using cast-iron wheels and gearing, greatly improved the performance of watermills and windmills. He played a major part in improving the steam engine invented by Newcomen, and used this machine to pump out water in mines and docks. He is best remembered, however, for his building of the third Eddystone lighthouse, completed in 1759. Using stone for the first time, its unique design proved very successful and was used world-wide. He introduced the term "civil engineer" and, in 1771 formed the Society of Civil Engineers, to promote public projects, and this proved the forerunner of the Institution of Civil Engineers, founded in London in 1818. 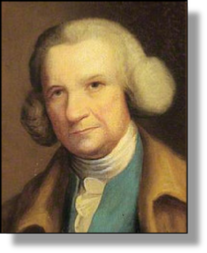 xxxxxAnother bridge builder of this period was the Yorkshire engineer John Smeaton (1724-92), a man of many talents. He constructed a number of bridges in Scotland, including ones at Perth, Banff and Coldstream, and was responsible for the Forth and Clyde Canal, which opened a waterway between the Atlantic and the North Sea. He was also much in demand for the building of harbours - such as the one at Ramsgate in Kent - and he brought about, too, a vast improvement in the construction and efficiency of watermills and windmills. In 1776, for example, after a series of experiments, he introduced the first cast-iron wheel, and provided cast-iron gearing two years later. At one stage he built a huge wheel nearly five metres wide for use in the London Bridge waterworks. For his pioneer work in this direction he was awarded the Royal Society's Copley Medal. And it was due to the improvements he made to Newcomen's atmospheric steam engine, that he was able to provide pumping engines for numerous mines at home, and for docks as far afield as Kronshtadt in Russia. 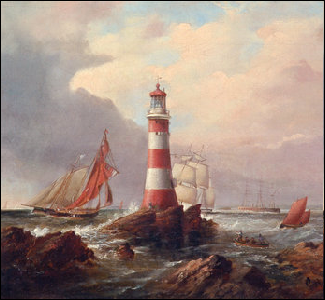 xxxxxBut today, Smeaton is probably best remembered as the man who built the third Eddystone lighthouse, completed in 1759. Erected to replace the wooden one which was destroyed by fire in 1755, it was a remarkable piece of construction. It was after he had made a visit to the Low Countries, where he studied varying methods of building canals and harbours, that he took on this challenging task. He used interlocking blocks of Portland stone for extra strength, a specially prepared mortar to withstand under-water conditions, and, for the first time, he gave the structure a curved profile so that waves would sweep up the wall, thereby reducing their impact. It was a design that was to be followed world-wide. The methods he employed were described in his Narrative of the Building of the Eddystone Lighthouse, published in 1791. Whenxhis lighthouse was replaced by the current one in 1882 - designed by the English civil engineer Sir James Douglass (1826-1898), it was rebuilt on Plymouth Hoe in Devon as a memorial.

xxxxxSmeaton, who was elected to the Royal Society in 1753, was the first person to use the term "civil engineer" in order not to be confused with a "military" engineer. In 1771 he formed the Society of Civil Engineers ("the Smeatonians") to promote the building of large public projects (such as canals, waterworks and, later, railways), and this was the forerunner of the influential Institution of Civil 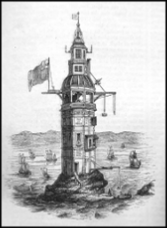 Engineers, founded in London in 1818. It is perhaps little wonder that he is sometimes referred to as the "Father of Civil Engineering".

xxxxxIncidentally, thexfirst Eddystone lighthouse was built by the English engineer Henry Winstanley (1644-1703). Completed in 1698, it was a wooden octagonal structure anchored to the rock by means of twelve huge iron stanchions. It served its purpose well, but was totally destroyed by a great storm in November 1703. The keepers and Winstanley himself - on a visit to the tower at the time - were swept to their deaths. ……

xxxxx …… Thexsecond lighthouse was the work of an English property developer named John Rudyard (1650-c1718). A conical wooden structure which was surrounded at its base by a thick wall of brick and concrete, it was operational in 1709 and remained so until 1755. In that year, however, fire broke out in the lantern-room and this quickly destroyed the whole building. The three keepers managed to escape by boat. ……

xxxxx…… Butxperhaps the greatest success story in the building of lighthouses should relate to the French engineer and architect Louis de Foix (c1535-c1603). In 1581 he was tasked with the building of a lighthouse on the Cordouan Rock at the mouth of the Gironde estuary near Bordeaux - a notorious graveyard for shipping. It took him over 20 years to complete, but his vast cylindrical tower - complete with a chapel and royal apartments - was built on a massive circular platform eight feet high and 135ft in diameter, and, updated over the years, still stands today. ……

xxxxx…… As we shall see, it was in 1807 that work began on the famous Bell Rock Lighthouse, off the east coast of Scotland. Constructed by the Scottish civil engineers John Rennie and Robert Stephenson, it was built on much the same lines as Smeaton’s design.