xxxxxHernan Cortes, the Spanish conquistador, took part in the conquest of Cuba and then, in 1519 led a force of 600 men to Mexico. Having made a settlement at today's Veracruz, he marched inland and in November 1519 - his army enlarged by some 1,000 local natives - he arrived at the Aztec's capital of Tenochtitlan. Believed to be an Aztec legendary god (the bearded Quetzalcoatl), he was accepted for a time, but in June 1520 he and his men were expelled from the city. At Tlaxcala he reorganised his army and, after receiving reinforcements from Cuba, returned to Tenochtitlan, destroying the city and taking over the vast Aztec empire. Cortes was made governor and captain general of “New Spain” but, fearing that he might seize control of the country for himself, he was never trusted by the Spanish court. In 1541, after an unsuccessful expedition to Algiers, he returned to Spain and went into retirement.

xxxxxIt was the Spanish conquistador 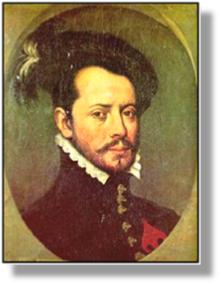 Hernan Cortes (known as Fernando Cortes in his day) who overthrew the Aztec empire during a three-year campaign, 1519 to 1521, and won Mexico for Spain. He then fell out of favour for a time - the government fearing he might take personal rule of his conquered territory! - but he later led expeditions to explore Guatemala and the Gulf of California. He died in retirement.

xxxxxIn search of adventure and fortune, the young Cortes sailed to Hispaniola (Santo Domingo) in 1504, and later took part in the conquest of Cuba. In 1518 he persuaded the leader of the expedition, Diego Velazquez, by then Governor of the island, to give him command of an expedition to Mexico. With a small force of some 600 men, sixteen horses and a few pieces of artillery, he set sail in eleven ships in February 1519. Arriving off the coast of Yucatan, he took over the town of Tobasco and then established his own settlement, La Villa Rica de la Vera Cruz (Veracruz) further along the coast.

xxxxxHere he was met by Aztec ambassadors, bearing precious gifts and beseeching him not to visit their king. But for Cortes there was to be no turning back. He burnt his boats, literally, and began the march inland. In November 1519 his small party, enlarged by some 1,000 natives who were hostile towards the Aztecs, reached the capital of Tenochtitlan. The appearance of the Spaniards, together with their 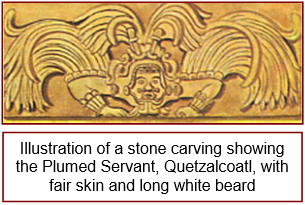 horses, arms and equipment filled the Aztecs with awe. They thought that Cortes was their legendary god Quetzalcoatl (often depicted as a man with a beard) whose return they were expecting that year (the Year of the One Reed). The Aztec emperor Montezuma II welcomed him with much pomp and deference, but Cortes, fearing his own "divinity" might wear thin with time, held him as a hostage, made him swear allegiance to the king of Spain, and demanded a large ransom of gold and jewels. 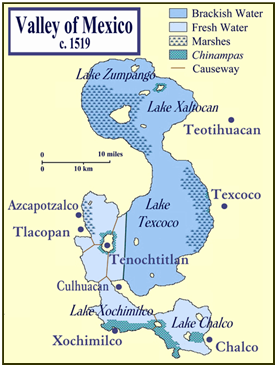 were justified. While he was away dealing with a rival Spanish force, the Aztecs, following the massacre of their leading chiefs during a religious festival, rose up against their intruders. Montezuma, attempting to calm the situation, so the story goes, was stoned by his own people and later died of his injuries. On his return, Cortes and his men were expelled from the city in June 1520 and, although pursued, managed to reach Tlaxcala. Here Cortes re-organised his army and, having received reinforcements from Cuba and much support from neighbouring tribes, defeated the Aztecs in the valley of Otumba and, returning to Tenochtitlan, took the city after a four-month siege. The capture and destruction of the capital in August 1521 brought to its knees an empire that, at its height, had stretched from the Caribbean sea to the Pacific Ocean.

xxxxxThe overthrow of the vast Aztec empire by so small an invasion force is not always easy to understand. Their weapons, of course, were far superior and at first the natives were terrified at the sight of a horse. This, together with the Aztecs' genuine belief that Cortes was indeed fulfilling a part of their 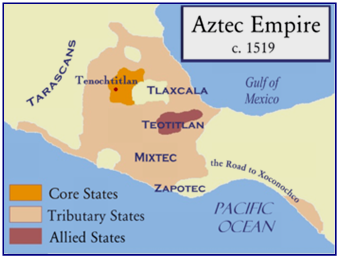 deeply-held religious belief must provide the most plausible explanation. Anyway, once Mexico was won for Emperor Charles V, Cortes was made governor and captain general of “New Spain”. Mexico City was built on the site of the old capital, and colonists soon arrived to make it one of the most thriving centres in the New World.

xxxxxBy now, however, his personal rule and ambition were again giving rise to concern back home at the Spanish Court. He had thrown off Cuban authority on arriving in Mexico in 1519, and there was now fear that he might throw off Spanish rule and take over the country himself. In 1525, therefore, he was stripped of his offices and ordered home. Eventually, by making a direct plea to the king, he regained his military control in Mexico and was created Marques del Valle, but he was never really trusted again. He later sent out expeditions to explore Guatemala and the Gulf of California, but after 1541, when he took part in an unsuccessful expedition to Algiers, he returned to Spain and spent the rest of his life in retirement just outside Seville.

xxxxxIncidentally, when Cortes arrived in Mexico he was presented with a group of female slaves. One of them, whom he named Dona Marina, became his mistress, and, as his guide and interpreter, she proved of enormous help to him during his conquest of the country. ……

xxxxx....... In 1520, when the conquistadors were expelled from Tenochtitlan and forced to take flight, many men were killed and most of the treasure they had accumulated was lost. The night of their departure on June 30th came to be known as noche triste (the night of sadness). 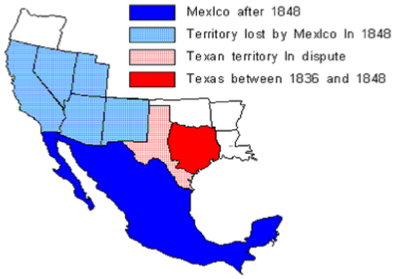 the year Mexico gained its independence - the country had no less than 61 Spanish viceroys. But the fight for independence, spurred on by the abdication of the Spanish king Charles IV in 1810, was followed by fifty years of anarchy, civil war, and serious loss of territory. As we shall see, it was during the rule of the dictator General Santa Anna (1824-1855) that Mexico was reduced to its present size. Texas broke away, forming its own republic in 1836 (W4), and the war with the United States, beginning in 1846 (Va), ended in the loss of New Mexico and California. 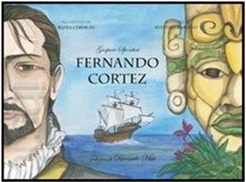 Aztecs was the subject of the opera The Conquest of Mexico (or Fernando Cortez) by the Italian composer and conductor Gaspar Spontini (1774-1851). First performed in Paris in 1809, this colourful, historical pageant was not too well received, but its revised version of 1817 was a success. One-time music director to Napoleon’s wife, the Empress Josephine, his productions were lavish, with resplendent costumes and magnificent sets. At one point in The Conquest of Mexico, for example, he had more than a dozen live horses on stage. He wrote some twenty operas, but he made his name in December 1807 with his masterpiece Le Vestale. Set in ancient Rome, this tragedy took Europe by storm when premiered in Paris, and made him one of the leading composers of his day. He was admired by a number of his contemporaries, including Luigi Cherubini and Giocomo Meyerbeer, and by later composers, particularly Hector Berlioz and Richard Wagner.