xxxxxThe Spanish explorer Francisco Coronado, having arrived in New Spain (Mexico) in 1535, led an expedition into the interior in 1540 in search of the "seven golden cities of Cibola". He never found them, but he did become one of the first white men to see the Grand Canyon on the Colorado River. He claimed this vast area for Spain but, after several Indian attacks, returned to New Spain empty-handed. 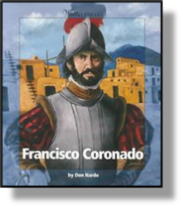 xxxxxThe Spanish explorer Francisco Coronado sailed to New Spain (modern Mexico) in 1535, and three years later was appointed governor of the province of Nueva Galicia. In 1540 he took part in an ambitious expedition into the interior of the American Southwest. As leader of the main party, he crossed the modern states of Texas, Oklahoma and eastern Kansas in search of the ""seven golden cities of Cibola", rich Indian settlements reputed to be in a kingdom called Gran Quivira. 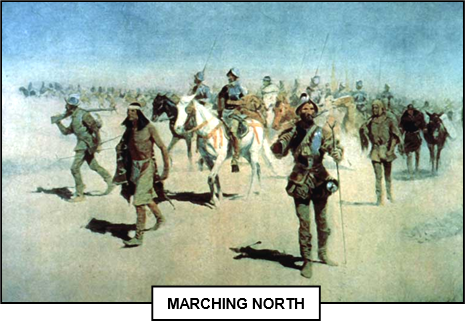 xxxxxNo gold was ever found at Cibola, but the expedition discovered many unusual physical features of the landscape, and, Garcia Lopez de Cardenas, as the leader of an advance party, became the first white man to catch sight of the impressive Grand Canyon on the Colorado River. During their travels they discovered various Pueblo Indian settlements, saw the American buffalo (or bison) for the first time, and had to fight off a number of Indian attacks. Coronado claimed this vast area for Spain, but he returned to New Spain a disappointed man and received a somewhat cool reception!

xxxxxElsewhere, as part of this exploration, two ships sailed up the Gulf of California and discovered the mouth of the Colorado River in August 1540.

xxxxxIncidentally, Coronado’s fight with the Zuni (probable descendants of the Ancient Pueblo Peoples) is generally regarded as the opening battle of the Indian Wars. These encompass over 350 years of intermittent conflict between the indigenous population of America (the American Indians) and the European explorer and immigrant.