xxxxxThe French playwright Pierre Corneille gained fame overnight with his tragedy Le Cid. Produced in 1637 and based on the Spanish legendary hero, its conflict between passion and duty caught the public’s imagination. Three other masterpieces followed in quick succession - Horace, Cinna and Polyeucte - , lofty, dignified plays, set in Ancient Rome and following the classical unities of time, place and action. Here, as in Le Cid, a noble sense of duty triumphs in the end. But he was also a master of comedy, his Mélite and Le Menteur proving particularly popular. His work was greatly admired by the two other outstanding French playwrights of this time, Racine and Molière, and it was they who, building upon his classical tradition, maintained the high standard of the French theatre in the 17th century. 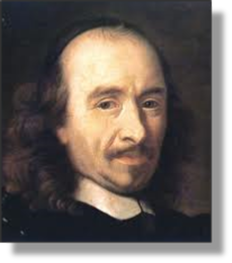 xxxxxCorneille was born in Rouen in 1606 of a middle-class Norman family. After attending the local Jesuit school and studying law, he held the position of king's counsellor in the local government offices. His career as a playwright began in 1629 with his witty comedy of love called Mélite. Performed in Paris in 1630, it was well received, as was his tragicomedy Clitandre, produced the following year, but it was his tragedy Le Cid, based on the Spanish legendary hero, that brought him overnight success and fame. Produced in 1637 and centred around the conflict between passion and duty - a constant theme in his work - it caught the imagination of the public despite being condemned by the critics for not adhering to the classical rules of construction then expected of a playwright. The French Academy considered it "dramatically implausible and morally defective", and Cardinal Richelieu, the nation's guardian of good taste, forbade public performances. 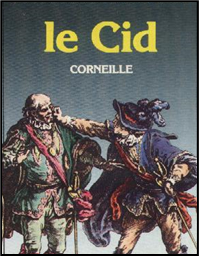 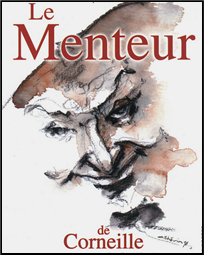 xxxxxThere then followed three major works in the early 1640s, Horace, Cinna and Polyeucte, and these were likewise acclaimed as masterpieces. They were all set in Ancient Rome and in their structure, Corneille complied with what was then known as the "classical unities" of time (one day), place (one "locus"), and action (no subplots). These lofty, dignified neo-classical plays, together with Le Cid, all shared a noble sense of duty which eventually triumphed within their own area of conflict, be it to do with honour, patriotism, politics or religion. As such, they established the classical tradition of the French stage, and made Corneille the first of the great French masters of classical tragedy. Even among his comedies, such as Mélite, the call of duty can often be heard. A master of comedy, among those he produced were La Veuve, La Suivant, La Place Royale and the popular Le Menteur, a comedy of intrigue which is amongst his finest works and anticipates the plays of Jean-Baptiste Molière. 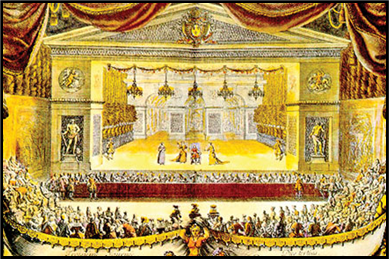 xxxxxBy 1647 he had gained a reputation as the country's leading playwright, and had been granted a government pension. In that year he moved to Paris, and it was here, in the same year, that he was elected to the prestigious French Academy. To the early 1650s belong two of his well-known plays, Andromede and Nicomede - again with classical themes - but, following the failure of Perharite in 1651, he stopped producing for the stage. Although he did return to drama in 1659, his plays, mainly tragedies, never quite recaptured the majesty and sheer energy of his earlier theatrical style. Some rivalry did emerge between him and the up-and-coming Racine during this late period, but by this time the public was clearly showing a preference for the works of the younger playwright. Corneille’s Tite et Bérénice, of 1670, for example proved no match for a play by Racine on the same subject. In 1671, however, he did collaborate with Molière and Philippe Quinault in the production of Psyche, a work which included music and ballet sequences.

xxxxxCorneille died in 1684 and was buried in the Church of Saint Roche in Paris. A monument was erected to mark his tomb in 1821. He was one of the greatest French playwrights and a brilliant pioneer in the development of classical theatre in France. Of the many writers who admired his stage work - he wrote 32 plays in all - the French dramatists Racine and Molière rank above all. These are the men to whose names Corneille's is inextricably linked. As we shall see, building upon his work, they contributed greatly to the good standing of the French theatre in the seventeenth century.

xxxxxIncidentally, the source for The Cid was The Youthful Deeds of the Cid, the work of the Spanish dramatist Guillen de Castro y Bellvis, produced in 1618, and it was The Suspicious Truth, by another Spanish dramatist, Juan Ruiz de Alarcón which inspired Le Menteur - though Corneille gave the play a happier ending.