xxxxxThe furniture designer and cabinetmaker Thomas Chippendale was a Yorkshireman. He came to London in 1749, and very soon gained a reputation as a brilliant craftsman. This reputation was greatly enhanced in 1754 with the publication of his The Gentleman and Cabinet Maker's Director. This was a catalogue of 160 pieces of domestic furniture in the ornate but tasteful style known as rococo. Most of the designs illustrated the more restrained, English interpretation of this style, but there were also patterns to meet the taste for the Gothic, or the current liking for all things Chinese (Chinoiserie).These designs were widely copied in Britain - where his name became virtually synonymous with English furniture - and they also became highly popular on the continent and in the American colonies. He worked mainly in mahogany, and became particularly associated with a new chair design. As we shall see (1762 G3a), it was in his later years, when he worked in collaboration with the English architect Robert Adam, that he produced some of his finest work. When he died, his son Thomas took over the business. 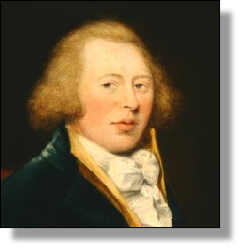 xxxxxThe English furniture designer and cabinetmaker Thomas Chippendale was born in Otley, Yorkshire and, perhaps not surprisingly, was the son of a carpenter. He came to work in London as a young man, and in 1753 set up his workshops and showrooms in St. Martin's Lane. Here, his own particular 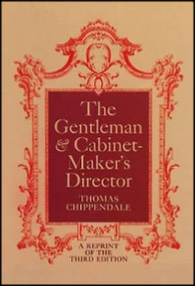 style of craftsmanship was soon in great demand, combining as it did strength of structure with the elaborate but tasteful decoration associated with the rococo style.

xxxxxIn 1754, calling upon his wealth of experience in furniture design, he published his The Gentleman and Cabinet Maker's Director, a trade catalogue of domestic furniture which was enthusiastically received both by those in the trade and the wealthy members of the gentry and merchant classes. It contained 160 engravings of various rococo designs, many illustrating the more restrained, English interpretation of this highly decorative style. This "modern" taste, as it was termed, was certainly not without decoration, but for the most part Chippendale worked in mahogany in order to exploit the magnificence of the grain, and this tended to prohibit inlay work (or ormolu), much in vogue on the continent during this period. 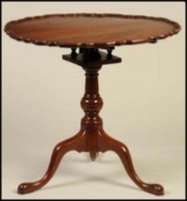 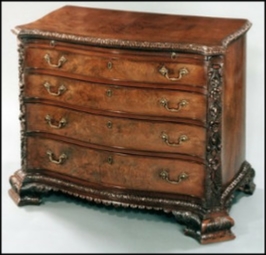 xxxxxBut this collection of engravings also contained rococo designs in Gothic and Chinese taste. "Gothic Chippendale", for example, incorporated pointed arches and imposing pediments, whilst the Chinese version was aimed at meeting the needs of the market. Chinoiserie was all the rage at this time, especially in pottery and textiles, and the introduction of Chinese motifs into these designs, and/or a coating of oriental-style lacquer, proved extremely popular and - one must add - highly profitable. All these patterns were widely copied, and two further editions of the Director, one of them in weekly parts and not completed until 1762, ensured the continuing popularity of these designs.

xxxxxPerhaps out of all the grand pieces of furniture that Chippendale produced, he is best remembered for his improvement in the design of the chair. It was he who replaced the solid, heavy back-piece, known as the "splat", with a pierced and ornamented version, giving the entire piece a lighter and more elegant look. Typical of his style was a back rail in the shape of a cupid's bow, and a splat made up of intertwined ribbons. He also introduced better proportioned legs, square in shape, or rounded (cabriole), and with ball-and-claw feet - another adaptation of an oriental feature. 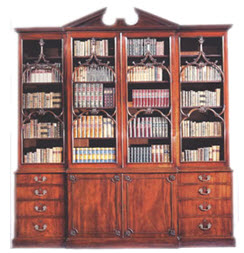 xxxxxChippendale was probably not the greatest of all cabinetmakers, but he knew a good design when he saw one, and his Director gave an enormous boost to his career. Orders came pouring in, and his workshops could hardly cope. Among those who visited his showroom were the writer Oliver Goldsmith and the artists William Hogarth and Sir Joshua Reynolds. Indeed, his work and designs so dominated the middle years of the century that his name became virtually synonymous with English furniture in general. Nor was his success confined to Britain. His furniture patterns were copied or imitated extensively on the continent and in the American colonies.

xxxxxBut, as we shall see (1762 G3a), it was in his later years, when he worked in collaboration with the English architect Robert Adam and adopted the new Neo-classical style, that he produced some of his finest work. And when he died of tuberculosis in 1779 his business was continued on successfully by his son, also named Thomas.

xxxxxIncidentally, little is known of Chippendale's private life, save that he married twice and had eleven children. It would seem, however, that he had no doubts about the quality of his own pieces of furniture. Speaking of these, he is alleged to have said: "which, if I may speak without vanity, are the best I have ever seen".

xxxxxAnother celebrated furniture maker of this period was the German Jean François Oeben (1715-1763). He became cabinet maker to Louis XV in 1754 and, as a rococo artist, gained fame for his floral marquetry and the ingenious mechanical devices he used to conceal secret compartments in his pieces. His masterpiece was a desk for the king, completed after his death by his pupil Jean Henri Riesener.

xxxxxOne of the most celebrated cabinetmakers of this period was the German Jean François Oeben (1715-1763). Having come to settle in France, in 1751 he entered the Louvre workshop of Charles Joseph Boulle, son of the famous André Charles Boulle. Three years later he was appointed cabinetmaker to Louis XV, and, receiving the valuable patronage of Madame de Pompadour, produced most of his work for the royal household. His privileged position provided him with a workshop in the Gobelins tapestry factory, but later he moved to the Arsenal in Paris. 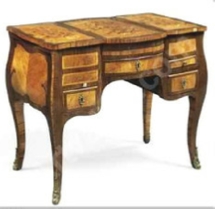 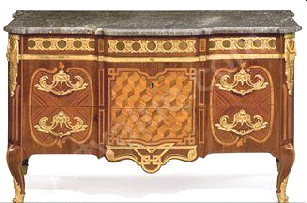 xxxxxAn exponent of the exuberant rococo style, his furniture was full of curves and bulging fronts, and covered with an abundance of surface decoration. This included gilding, motifs depicting flowers and animals, and a great deal of highly intricate and elaborate marquetry (inlaid work in wood, illustrated above), a technique which he developed to perfection. In addition, he also gained a wide reputation for his ingenious locks and mechanical devices, many used to conceal secret drawers and compartments in his pieces. In 1761 he began work on his masterpiece, a large desk specially designed for Louis XV and known as the Bureau du Roi. It was not quite finished at the time of his death, and was completed by his young apprentice Jean Henri Riesener. It is now in the Louvre.

xxxxxIncidentally, itxwas around this time that the French Martin brothers, Guillaume, Robert, Julien and Étienne-Simon, perfected a new varnishing technique. This highly glazed lacquer - and all subsequent look-alikes - came to be associated with their name and known as Vernis Martin. This finish - based on copal varnish - was patented in 1730, and renewed fourteen years later. Made in several colours, including green and a rich red, it was used to decorate furniture and - via the Royal Factory of Furnishings to the Crown - to embellish rooms and coaches at Versailles.