xxxxxAfter the Roman Catholic James II was deposed in 1688, a number of attempts were made by the Jacobites to restore the Stuarts to the British throne, the most notable being that of 1715 (G1). Thirty years later, the last and most threatening attempt was made, led in person by Charles Edward Stuart, grandson of James II, and the son of the Old Pretender. Known also as the Young Pretender or Bonnie Prince Charlie, he landed in Scotland in July 1745, and soon rallied some 2,400 Highlanders to his support. After entering Edinburgh, he proclaimed his father King James III, and four days later won the Battle of Prestonpans, just outside the city. Then in November he invaded England. With about 5,500 men he reached as far as Derby, but with very little support from the English, and none from the French, he was forced to return to Scotland. There, as we shall see, he did battle with a large English army on Culloden Moor, near Inverness, in April 1746. Severely defeated, he was forced to make his escape. 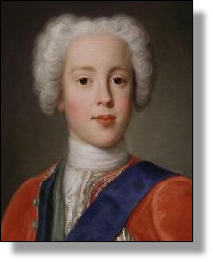 xxxxxFollowing the enforced exile of the Roman Catholic King James II in 1688, a number of attempts were made to restore the Jacobites (followers of James and the Stuarts) to the throne of England and Scotland. As we have seen, the most serious one - though, as it turned out, not a really dangerous threat - was the rising in support of James II's son, James Edward Stuart, in 1715 (G1). However, by the time he had arrived in Scotland, claiming to be James III, the Jacobites had been held or defeated at Sheriffmuir and Preston, and the rebellion had virtually petered out. The Old Pretender, as James was often called, went back into exile. It was left to his son Charles Edward Stuart (illustrated), thirty years later, to make the next and, as it proved, the last serious bid for the British crown. 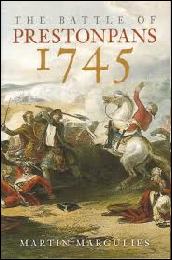 xxxxxCharles Edward Stuart (1720-1788), also known as the Young Pretender or Bonnie Prince Charlie, was born in Rome, the grandson of James II, and son of the Old Pretender. Determined to topple George II from his throne, in July 1745, with no more than a dozen companions, he sailed for Scotland, landing on the west coast. The following month he raised his father's standard at Glenfinnan, and within a week some 2,400 Highlanders had rallied to his support. In September, he entered Edinburgh after little resistance and proclaimed his father King James III. Thenxfour days later, not far from the city, he won an easy victory over the government forces, led by General Sir John Cope, at the Battle of Prestonpans (illustrated). It was becoming clear by this stage, however, that his support was not broadly based, coming mostly from the western Highlands. 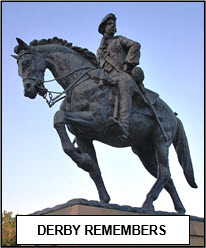 xxxxxNevertheless, in November, encouraged by the numbers rallying to his side, he invaded England with an army of some 5,500 men, and by the 4th December had reached Derby, some 150 miles from London. Here, however, he waited in vain for English and French support, and eventually, on the advice of his officers, he turned back. Onxreaching Scotland, he won further victories at the Battles of Penrith and Falkirk, but with the advance of a large English army under the command of the Duke of Cumberland, he was forced to take to the Highlands. The two armies met on Culloden Moor, near Inverness, in April the following year where, as we shall see (1746), the Young Pretender's force was routed. Bonnie Prince Charlie managed to escape, but only just.

xxxxxIncidentally, the story goes that during the rebellion Newcastle was the only town in Northumbria to come out openly in support of the king and close its gates to the Jacobite rebels, and it is for that reason that the town’s people are known as “Geordies”. But there are other explanations for this nickname. One is that the miners of the region used the Geordie safety lamp devised by the railway engineer George Stephenson, whereas the majority of miners elsewhere used the Davy lamp. Or was it simply because a large number of men in the town happened to be named George?