ENDS THE WAR OF THE AUSTRIAN SUCCESSION

xxxxxThe death of Emperor Charles VI in 1740 and the succession of his daughter Maria Theresa opened a power struggle in Europe. Anticipating the break up of the Habsburg dominions, a number of countries, including Prussia, Spain, France and Bavaria, claimed the throne or simply attempted to take over long-coveted areas. Prussia seized Silesia early on, but, this apart, Maria Theresa, with the aid of her allies the British and Hanovarians, managed to keep the bulk of her empire intact - though not without some bloody battles in the process. And further afield, the conflict served to intensify the Anglo-Franco rivalry in North America and India. The Treaty of Aix-la-Chapelle in 1748 virtually restored the pre-war map. France evacuated the Austrian Netherlands and gave Madras back to the British; the Spanish returned Milan, and the British handed over Fort Louisbourg to the French. But there were exceptions. Spain gained a few possessions in Italy and, above all, Prussia retained the wealthy province of Silesia. Furthermore, whilst the map had changed little, the balance of power had. The Habsburg Empire had shown resilience and survived, but Prussia, under its able leader Frederick II, now emerged as a major power in European affairs. Nor was the settlement to be of long standing. Maria Theresa was determined to regain Silesia at all costs, and in 1756 this was to lead to a wider and more decisive conflict - the Seven Years' War. 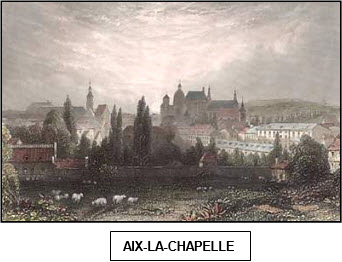 xxxxxThe War of the Austrian Succession arose from the death of Emperor Charles VI and the succession of his eldest daughter Maria Theresa in 1740. Prussia lost no time in seizing Silesia and, as we have seen, this encouraged a number of other states to form a coalition against the Habsburgs. Territorially, the eight-year struggle moved few boundaries, but whilst the map of Europe changed very little, and those of North America and India did not change at all, the war was important for a number of reasons, not least because of its bearing on the next major and more crucial conflict in European and World affairs, the Seven Years' War of 1756 to 1763.

xxxxxFor the most part, at the Treaty of Aix-la-Chapelle in 1748 all countries involved in the war agreed to give up their conquests. The French evacuated the Austrian Netherlands and gave back Madras to the British. Britain - with much opposition from its American colonists - restored the fortress of Louisbourg to France, and the Spanish returned Milan to the Austrians. However, there were exceptions. The Austrians ceded its Italian possession of Parma (plus Piacenza and Guastalla) to Spain, (see map below) and, above all, the treaty recognised (if only for the time being) the Prussian conquest of Silesia - a bitter pill to swallow. 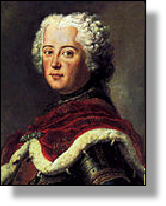 xxxxxThe principal beneficiary of this settlement was undoubtedly Prussia. Silesia, be it noted, was a wealthy province with a fast growing economy, and its acquisition added considerably to the economic might of the Prussian state. Furthermore, Frederick II (illustrated), by his military prowess, disciplined army, and success on the battlefield, had 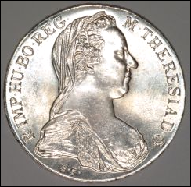 established Prussia as one of the great military powers of Europe, a nation to number among your friends rather than your enemies. But Austria too - despite the loss of Silesia - emerged from the war with much to its credit. That it had survived against all the odds, both as a nation and a monarchy, was proof enough - and proof had been needed - that the Austrian dominions made up a cohesive state. Maria Theresa had preserved the bulk of her inheritance, and her husband 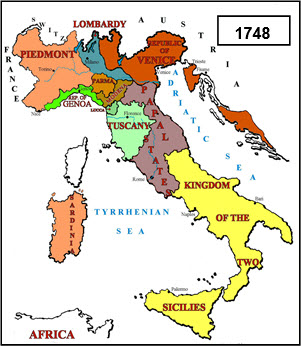 , Francis Stephen of Lorraine, had been recognised as the Holy Roman Emperor.

xxxxxBut in terms of settlement, the Treaty of Aix-la-Chapelle achieved nothing. None of the important colonial questions between Britain and France were addressed, let alone resolved, be it in India, North America or elsewhere. War, it seemed, was to be the arbiter. Furthermore, before the treaty was signed, Marie Theresa was planning to take back Silesia (arrowed on map below), and prepared to realign her foreign policy to achieve this aim in the conflict ahead. By the very nature of things, the Treaty of Aix-la-Chapelle was a recipe for war, not a remedy for peace. The Seven Years' War, beginning in 1756, was in many respects a continuation of the War of the Austrian Succession, conducted on a larger scale. 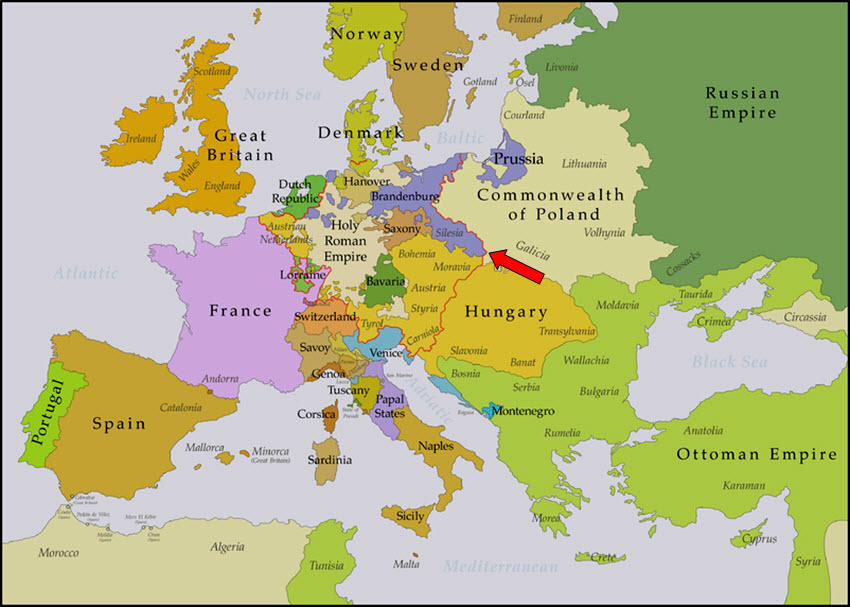