xxxxxThe English novelist and satirist Samuel Butler is best remembered today for his semi-autobiographical work The Way of All Flesh, completed in 1884 but not published until 1903. With candour and a savage wit he traces the bitter effects of parental repression, and the clash between young and old upon four generations of an English middle-class family. The central character, Ernest Pontifex, like Butler, suffers from the cloistered, oppressive atmosphere of Victorian society but, unlike Butler, fails to stand up to his father and make his own way in life. He thus leads an unhappy, troubled existence until he finally breaks with the past and begins a career as a writer. The novel is a savage attack upon the religious bigotry and the overbearing self-righteousness of Victorian life. And the same theme - widened to include the economic and social ills of his time - is taken up in his Erewhon, a strange tale about a “nowhere” land where, to make his point, poverty and misfortune are punished and crime is simply regarded as an illness. Butler discarded Christianity in favour of Darwinism, but in later works, notably Life and Habit (1877), Evolution, Old and New (1879), Unconscious Memory (1880), and Luck or Cunning (1887), he modified Darwin’s “blind process” of natural selection. As a young man he set up a sheep farm in New Zealand - to get away from his family - but on his return in 1864 he lived in London, taking to task all that he considered to be wrong in society. Meanwhile, he translated Homer’s Iliad and Odyssey into English, and tried his hand at painting and the composition of music. 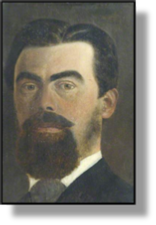 xxxxxThe English novelist and satirist Samuel Butler is remembered today for his semi-autobiographical work The Way of All Flesh, completed in 1884 after frequent revisions. It traces the lives of four generations of the Pontifex family, and through its central character, Ernest Pontifex, launches a witty but quite devastating assault upon the so-called values of Victorian society, particularly with regards to family life and the training of the young. (The image is a self-portrait.)

xxxxxButler was born at Langar Rectory, near Bingham in Nottinghamshire, where his father was the local vicar. He attended Shrewsbury School, where his grandfather Samuel Butler had been a distinguished headmaster before becoming Bishop of Lichfield. Given such a family background, he was clearly destined for a life in the Church, at least in the eyes of his father. He studied classics at St. John’s College, Cambridge, and graduated with first class honours in 1858. On the wishes of his father, he then worked in a poor London parish to prepare himself for the life of a clergyman, and it was at this stage that the young Butler, harbouring doubts about the virtue of Victorian Christianity, and determined to go his own way in the world, rebelled against the strict moralistic regime he had endured during his life at Langar Rectory. He made it clear that he wanted to be an artist, but this idea was met with such opposition from his father that he abandoned his home and took off to New Zealand in September 1859. There, with money advanced by his father, he eventually managed to set up a sheep farm - “Mesopotamia” - in a remote area of the Canterbury region, beyond a chain of unexplored mountains. 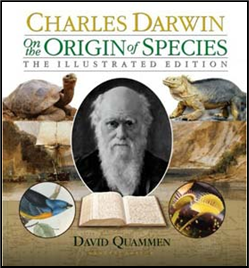 xxxxxIt was soon after arriving in New Zealand that he got hold of a copy of Darwin’s Origin of Species, published in 1859, and this work - questioning as it did the biblical interpretation of life - fascinated him and won him over. He became an admirer - but never a disciple - of Darwinism, and for a time renounced Christianity, the faith which had so restricted his early upbringing. Later however, having found his own conception of God, he rejected Darwin’s ideas in part and became a biblical outcast, believing in some kind of supreme being, but rejecting the traditional image of his childhood and youth. It was while in New Zealand that he wrote several articles about Darwinism, including Darwin Among the Machines of 1863 and Lucubratio Ebria (Drunken Night Thoughts) two years later. In these he gave thought to the place of machines in society. Might machines - as mechanical organisms - evolve and become superior to man? Or would man, taking advantage of the evolution of the machine, tack them onto himself - like additional limbs - in order to retain his supremacy? It was a fanciful idea in itself, but beneath the surface there was a serious appraisal of the theory of evolution and man’s place in it.

xxxxxButler returned to London in August 1864, and, having increased his capital twofold during his five years in New Zealand, he was able to purchase an apartment in Clifford’s Inn, just off Fleet Street. This was to be his home for the rest of his life, and it was here, as a self-appointed man of letters, that he was to launch a series of calculated attacks - witty, satirical and sometimes spiteful - upon the accepted ideas of his time, be it on the theory of evolution, the tenets of the Christian faith, certain works of literature, or the ills of contemporary society. He had little or no qualification in such matters, and his pet theories were sometimes regarded as eccentric or expressed simply to be perverse or provocative, but though he was an amateur on such matters, he was a very shrewd one. He only wrote on subjects, he maintained, where the authorities in question had got it wrong. His first example of this came the following year, 1865, with the publication of Evidence for the Resurrection of Jesus Christ as given by the Four Evangelists, a critical assessment he had written during his last year in New Zealand. His conclusion that there was insufficient evidence to support a belief in the resurrection - based on the inconsistencies within the gospels - served to justify his rejection of the faith that had stifled his upbringing and come close to dictating his future. 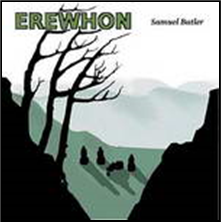 xxxxxRecognition as a writer came in 1872 with the publication of Erewhon, a witty and bizarre satire in which he again takes up his two main themes religion and the theory of evolution. Set in a strange land beyond the mountains - reminiscent of his sheep station in New Zealand - it tells of a back-to-front world (Erewhon is “Nowhere” written almost backwards!) where disease, poverty and misfortune are seen as crimes and punished as such, whilst crime itself - regarded as an illness that needs to be cured - is treated with compassion. This highly original topsy-turvy society, clearly humorous as a concept, was in essence an irreverent jibe at what he saw as the social and economic failings of Victorian England and the religious hypocrisy and doctrinaire teaching of the state Church. And - returning to his earlier writings on Darwinism - it was a world in which machines had been abolished for fear that they would themselves evolve and become superior to their creators. 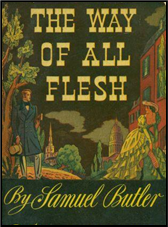 xxxxxButler’s major work, The Way of All Flesh, was written between 1873 to 1884, but it was not published until 1903. By then it was accepted as part of the on-going reaction against Victorian hypocrisy. This largely autobiographical novel, told with candour and a savage wit, traces the bitter effects of parental repression and the clash between young and old upon four generations of the Pontifex, an English middle-class family. The central character, Ernest Pontifex, like Butler himself, is a victim of the oppressive, cloistered atmosphere of Victorian family life but, unlike Butler, he does not make his escape at so early a stage, thereby providing a frightening vision of what might well have befallen Butler himself. He is ordained as a minister, is duped out of his money, imprisoned for sexual assault, and, being disowned by his parents, suffers a mental breakdown. On his release from prison he enters into a disastrous marriage, but receiving guidance from the narrator of the story, Mr. Overton (representing Butler in his mature years), and inheriting money from a favourite aunt, he is eventually able to follow his chosen career as a writer and fulfil his true potential. The book was a savage attack upon the bourgeois values and beliefs of his time, the product, as Butler saw it, of religious bigotry and an overbearing self-righteousness. As such, it played a part in fuelling the reaction against the excessive parental dominance and religious conformity that characterized the Victorian era. 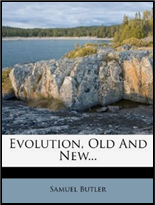 xxxxxHaving taken an early interest in the theory of evolution, Butler wrote a series of books on Darwinism throughout his writing career. These included Life and Habit (1877), Evolution, Old and New (1879), Unconscious Memory (1880), and Luck or Cunning (1887). In these he put forward sensible modifications to Darwin’s theories, particularly to those relating to what he called Darwin’s “blind process” of natural selection. And Butler also made a valuable contribution to world literature by translating into English Homer’s Iliad and Odyssey. Perhaps less valuable but nonetheless intriguing was his The Authoress of the Odyssey, published in 1897, in which he put forward the theory that the Odyssey was written by a young Sicilian woman, and his Shakespeare’s Sonnets Rearranged of 1899, a rearrangement which, he claimed, revealed a homosexual affair!

xxxxxAmong his other works were A first year in Canterbury Settlement, telling of his experiences as a frontier farmer, published n January 1863, The Fair Haven of 1873, a critical examination in which he questions the miraculous element in Christianity, and his Erewhon Revisited, a return to his strange land, published in the year before he died of consumption.

xxxxxButler met and corresponded with Charles Darwin, and his outspoken, often outrageous attacks upon “sacred cows” was much admired by the likes of Bernard Shaw, Lytton Strachey, James Joyce, E.M. Forster, and Virginia Woolf. 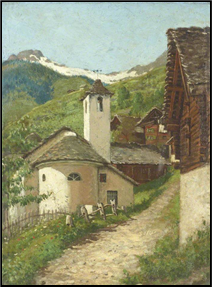 xxxxxIncidentally, on returning home from New Zealand in 1864 Butler was free to try his hand as an artist, a career his father had denied him on leaving Cambridge in 1858. He had shown some promise in drawing and watercolour painting while at Shrewsbury, and he had done some portraiture work while working in New Zealand. After studying painting at the Heatherley art school in Chiswick, his work showed some promise, and by 1876 he had had six works exhibited at the Royal Academy. His oil painting Mr. Heatherley’s Holiday is in the Tate Galley, London, and his satirical work Family Prayers is to be seen at St. John’s College, Cambridge. By the early 1870s, as we have seen, he had come to realise that he was more at home with the pen than the paintbrush, but he continued to paint during his regular walking holidays in the Swiss-Italian Alps. Illustrated here is his view of Tengia in the Swiss Alps. ……

xxxxx…… Later in his life, as a Jack of all trades but close on master of none, he tried his hand at musical composition, publishing Gavottes, Fugues, Minuets and short pieces for the Piano. A great admirer of George Friedrich Handel, in 1888 he composed Narcissus, a comic cantata in the style of the German composer.