xxxxxIn 1728 the Danish seaman Vitus Bering, a member of the Russian navy, sailed through the strait - now bearing his name - which separates Siberia (Russia) from Alaska (North America). Fog prevented him from catching sight of the American mainland, but he was convinced that the two continents were not joined. In 1733 he commanded a massive Russian programme, the Great Nordic Expedition, to survey and map the Arctic and Pacific coastlines. As part of this plan, in 1741 he led an expedition through the strait, made up of two vessels, his own boat, the St. Peter, and the St. Paul, captained by Aleksei Chirikov. Soon both were separated by a storm. The St. Paul discovered a number of the Aleutian Islands and, crippled by an outbreak of scurvy, made it back to base. Bering, having explored the south-west coast of Alaska, the Alaskan peninsula, and some of the Aleutian Islands, turned for home but did not make it. His crew was also struck down by scurvy, and, to such an extent, that the boat became unmanageable. He beached it on an uninhabited island (Bering Island), and here most of the crew, including Bering, perished from hunger and exposure. The few that managed to make it back to Siberia reported favourably on the prospects of fur trading in Alaska. As a result, in 1774, during the reign of Catherine the Great, a trading company was formed, followed ten years later by a permanent Russian settlement - the first by white men - on Kodiak Island. 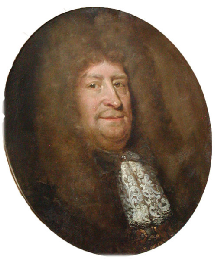 the Great of Russia, having opened up a window on the west, gave thought to expanding eastwards, anxious to seek out a possible land route to North America, and a sea route from Siberia to China. He appointed the Dutch explorer Vitus Bering (illustrated) as leader of the expedition. An experienced navigator, he had joined the Tsar’s newly formed navy around 1704. In July 1728 his two vessels, the Fortune and the St. Gabriel, set sail from the east coast of the Siberian peninsula of Kamchatka. After discovering St. Lawrence Island and the two Diomedes islands, he passed through the strait which separates Siberia from Alaska (now called the Bering Strait and arrowed on map below). Despite bad weather conditions, which prevented him from actually sighting the North American coastline, he returned convinced that the two continents were not joined. He was given a warm reception in St. Petersburg at the court of the Empress Anna, who had succeeded Peter in 1725.

xxxxxIn 1733 he was again at work in the Arctic, this time involved in the Great Nordic Expedition, mounted by the Russian admiralty. Over the next eight years this ambitious scheme, employing nearly 1000 men and led by Bering himself, surveyed and chartered large sections of the Arctic and Pacific coastline, despite the severe weather conditions. Quite apart from exploration along the Pacific coast, during this series of voyages over sixty maps and charts were produced of the Arctic coast and the Chukotka Peninsula alone. 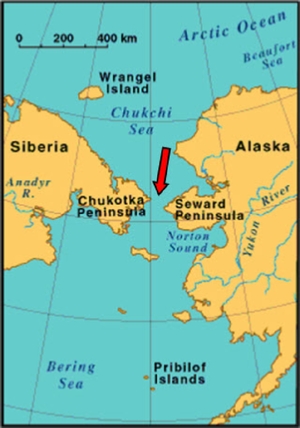 xxxxxAsxpart of this grand plan, in June 1741 Bering in the St. Peter, together with Aleksei Chirikov, (1703-1748), captain of the St. Paul, set sail from Petropavlosk, a port founded the previous year and named after the two boats (Peter and Paul). Soon separated by a storm, Chirikov discovered a number of the Aleutian Islands, strung out from the coast of Alaska. In the meantime, Bering entered the Gulf of Alaska where he managed to reconnoitre the south-west coast, the Alaskan Peninsula and some of the Aleutian Islands. By then, however, his voyage was running into serious trouble. Many of his crew began to go down with scurvy and at one time only three men were able to work on deck. Unable to control the boat, in early November he was forced to beach it on an uninhabited island not far east of Kamchatka. (Now called Bering Island in the Bering Sea.) Here most of the crew, including Bering, died of hunger and exposure over the next month. The story goes that, as he lay dying, he asked his men to carry him out of his crude shelter so that he might die within the sound and sight of the sea. 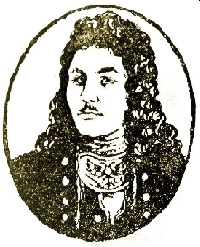 xxxxxBy this time, the St. Paul, with half its crew lost through scurvy and the bitter cold, had managed to reach the safety of Avachia Bay. The following spring, Chirikov (illustrated) set out in search of Bering and, as it was discovered later, sailed very close to the wreck of the St. Peter. Soon after his return, however, a few survivors from Bering’s crew struggled back to Kamchatka, having built a makeshift boat. Their favourable reports as to the prospects of fur trading in Alaska and the Aleutians set the scene for the Russian claim to a vast area of the north-western corner of the American continent.

xxxxxIn 1774, during the reign of Catherine the Great, Russian merchants formed a private company to trade in fur-bearing animals in Alaska, andxin 1784 Grigory Shelekhov (1747-1795) established the first permanent white settlement on Kodiak Island.

xxxxxIncidentally, as early as 1648 a Cossack named Semyon Dezhnev (c1605-1672), in command of seven vessels, had actually sailed through the Bering Strait looking for furs, but, on his return, his report went unnoticed until 1736, eight years after Bering’s discovery! ...... 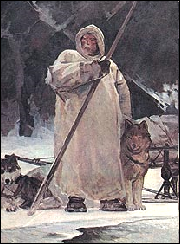 xxxxx...... Soonxafter Bering’s ill-fated expedition, the Russian Semyon Chelyuskin (c1700-1764) (illustrated), travelling by dog sledge, explored the north coast of the Taymyr Peninsula and reached the northern most tip of Eurasia. The cape was later named after him. ......

xxxxx...... The Aleutian Islands make up a chain of about 150 small islands, stretching out from the coast of south-west Alaska. The inhabitants, regarded as North American Indians, were the Aleuts, hence the name given to this archipelago. The Russians began settling on the islands in 1785 but, sold them to the United States, along with Alaska, in 1867 (Vb).