xxxxxIt was in 1845 that the English astronomer and mathematician John Couch Adams deduced that the variations in the positions of the planet Uranus were due to the gravitational pull of an undiscovered planet. It was not until close on a year, however, that a search was begun, and during that time the French astronomer Urban Le Verrier had arrived at the same conclusions and sent his calculations to the German astronomer Johann Gottfried Galle. In 1846, using more advanced maps, he found the new planet in a matter of hours. A dispute then arose as to who had made the discovery, but it was eventually agreed that Adams and Le Verrier should share that honour, and that the planet should be named Neptune, after the Roman God of the Sea. During his long tenure as professor of astronomy and geometry at Cambridge, Adams provided a more exact description of the Moon’s motion, observed more closely the Leonid meteor shower, and made a close study of terrestrial magnetism. 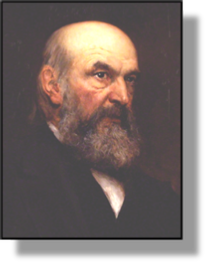 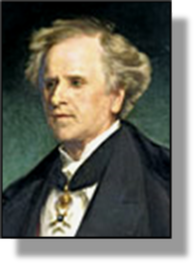 xxxxxIt was in 1841 that the English astronomer and mathematician John Couch Adams (illustrated left) began to investigate variations in the observed positions of the planet Uranus. By 1845 he had deduced by mathematics that these were caused by the gravitational pull of an undiscovered planet. He sent his calculations to the astronomer royal, Sir George Biddell Airy, but, at first, he did not take them seriously, and it was close on a year before the search for the non-chartered planet was begun.

xxxxxInxthe meantime, however, the French astronomer Urbain Le Verrier (1811-1877) (illustrated right above) had made similar calculations based on the irregularities in the orbit of Uranus. He sent his figures to the German astronomer Johann Gottfried Galle (1812-1910), then assistant director at the Berlin Observatory, and with the assistance of his countryman Heinrich Louis d’Arrest (1822-1875), and the use of advanced maps, he found the new planet within a matter of hours. 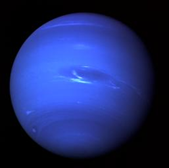 xxxxxThe task of determining credit for the discovery of this major planet, the eighth from the sun, led to an international dispute. The French wanted to give this honour to Le Verrier, and even suggested that the planet be named after him. Following objections from the British and others, the discovery was eventually accredited to both Adams and Le Verrier and, in accordance with normal practice, the planet was given a name from ancient mythology - Neptune, the Roman God of the Sea. For his part in the discovery, however, Le Verrier received the Copley Medal from the Royal Society of London, was appointed an officer in the Legion of Honour, and a chair of astronomy was established for him at the University of Paris.

xxxxxAdams was born in Landeast, Cornwall, and educated at Cambridge University. He was appointed professor of mathematics at the University of St. Andrews, Fife, in 1858, and the following year became Lowndean professor of astronomy and geometry at Cambridge and, in 1861, director of Cambridge observatory, posts he held until his death in 1892. During his long stay at Cambridge, Adams provided a more exact description of the Moon’s motion, observed more closely the Leonid meteor shower, and made a close study of terrestrial magnetism.

xxxxxIncidentally, Adams’ primary role in the discovery of Neptune is confirmed by an entry he made in his journal in July 1841. It read: “Formed a design in the beginning of this week of investigating, as soon as possible after taking my degree, the irregularities in the motion of Uranus … in order to find out whether they may be attributed to the action of an undiscovered planet beyond it ”.  ……

xxxxx…… The visual discovery of Neptune in the exact position predicted mathematically finally laid to rest the Titius-Bode law of 1772, which had held that the planets formed an orderly progression in their distance from the sun, and that this could be expressed in a mathematical equation. It worked out fairly accurately for the six planets then known, but Neptune did not comply with this “law”.

xxxxxThe German astronomer Friedrich Wilhelm Bessel (1784-1846) predicted the existence of Neptune as early as 1840, but he is remembered today as one of the founders of positional astronomy. In 1838 he made the first accurate measurement of a stellar distance by observing the star 61 Cygni and measuring the change of its position (its parallax) during the year. His measurement of some 50,000 stars made possible a more accurate estimate of the scale of the universe and the size of its stars and galaxies, and he also determined the earth’s size, weight and shape. His set of mathematical functions - the Bessel function - assisted in the study of physics and engineering as well as astronomy. His major work was Astronomical Observations, published in 1842. The German astronomer HeinrichH Olbers started Bessel on his career, and thought highly of his accomplishments. 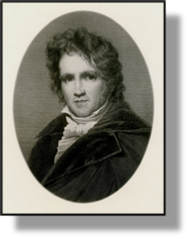 xxxxxAnother outstanding astronomer and mathematician of this period was the German Friedrich Wilhelm Bessel (1784-1846). He predicted the existence of Neptune as early as 1840, but he is remembered today as one of the founders of positional astronomy. In 1838 he made the first accurate measurement of a stellar distance by observing the star 61 Cygni and measuring the change of its position during the year (its parallax). His measurement of the positions of some 50,000 stars - a huge undertaking - made possible a more accurate estimate of the scale of the universe and the size of its stars and galaxies. 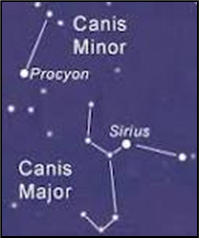 xxxxxEarlier, in 1818, he published Fundamenta Astronomiae, a catalogue of over 3,000 star positions, and, by studying the slight gravitational disturbances in the motions of Sirius and Procyon (the so-called Dog Stars - illustrated), he deduced that these stars had companions yet to be seen. Such indeed proved the case. After his death more powerful telescopes showed the existence of these companions, now named Sirius B and Procyon B. In addition, he made advances in celestial mechanics - concerned with the movements of stars -, and he determined the Earth’s size, weight and shape. As a mathematician, he introduced a set of mathematical functions - now known as the Bessel functions - which not only assisted with problems connected with planetary motion, but also became highly valuable aids in the fields of physics and engineering.

xxxxxBessel was born in Minden and had little formal education. He joined a trading company as an apprentice, and studied a width of subjects in his spare time. While so doing he became particularly interested in astronomy and mathematics, and in 1804 he wrote a paper on Halley’s comet of 1804 and sent it to the German astronomer Heinrich Olbers. He was so impressed that he had the paper published, and he secured Bessel a place as an assistant on the staff of Lilienthal Observatory. Such was his progress that just four years later he was chosen to supervise the construction of the Konigsberg observatory and became its director when it was completed in 1813. Amongst his writings were a large number of papers and Astronomical Observations, published in 1842.

xxxxxIncidentally, the astronomer Heinrich Olbers who, as we have seen, started Bessel on his career, later remarked that his greatest service to astronomy was to recognise Bessel’s outstanding talent and help him on his way. 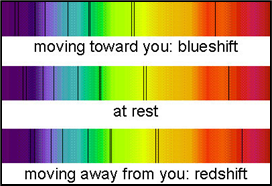 xxxxxAlso published in the same year as Bessel’s Astronomical Observations (1842), and well worthy of mention, was the treatise Concerning the Coloured Light of Double Stars, the work of the Austrian physicist Christian Doppler (1803-1853). Introducing what later became known as the “Doppler effect”, he put forward the theory that, like a moving sound varies in pitch when heard from a stationary point, so the colour of the light coming from a star should alter depending whether the star is moving towards the Earth (shifting towards the violet) or away from the Earth (shifting towards the red) - illustrated. In 1850 Doppler became the professor of experimental physics at the University of Vienna, and since then this principle has proved of immense value in modern navigation as well as in the taking of astronomical measurements.